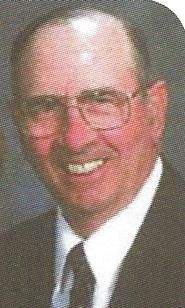 Mr. Alfred C. Freeman age 77, of Marion, formerly of Caledonia, passed away at home Monday morning July 23rd after a long battle with ALS. He was born August 7th, 1934 in Marion as the son of the late Fred C. Freeman and Frances Bowles Freeman. On October 28th, 1956 he married Doris Foreman Freeman at Oakland United Methodist Church in Marion. He was a 50 year member of the Caledonia Memorial United Methodist Church where he served as a trustee for many year. He was also a lifetime member of the Whetstone Woodcarvers and a former member of Mohican Fly Fisherman's Club. Al was an avid fisherman and spent many happy days on Lake Erie. In addition to his wife he is survived by four daughters, Melody Freeman of Marion, Melissa and her husband Scott Morton of Portland, Oregon, Susan Freeman of Marion and Sara Freeman of Grove City. He also leaves behind his Grandson Matthew Morton of Las Vegas, Nevada and Grand daughter Ainsley Morton of Portland, OR. Also his special nephew & niece Donald & Barbara Freeman of Marion. He was preceded in death by his parents and in - laws Emmett and Elda Foreman and an infant son. Funeral services for Alfred Freeman will be held at 10:00 A.M. Saturday morning July 28th in the Caledonia Memorial United Methodist Church with Pastor Tom Orr and Rev. O. French Ball officiating. Interment will follow in Caledonia Cemetery. Friends may call at Timson Allen & Melroy Funeral Home at 407 S. Main St. in Caledonia from 2 - 4 and 6 - 8 on Friday. Memorial Contributions may be made to the Caledonia Memorial United Methodist Church. 248 S. Main St. Caledonia, OH 43314

To order memorial trees or send flowers to the family in memory of Alfred Freeman, please visit our flower store.