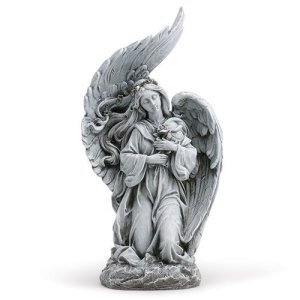 Anita Jeanne (Orcena) Davie, age 70 of Caledonia, Ohio, passed away on December 18th, 2017 at Presidential Care Center in Marion. She was born in Marion on December 29th, 1946 as the daughter of the late James and Betty (Leeper) Orcena Sr. She married Fred Davie in 1971. They were together for 37 years until his death in 2008. She graduated from Harding High School in 1964 and the School of Cosmetology in Columbus in 1965. Anita worked as a hairdresser and also at Lowes and Fulfillment Corporation. She was very talented at making and painting ceramics and loved to read. Anita is survived by her three sons and their wives; Christopher (Cristi) Opp of Junction City, Ohio, Matthew (Lora) Davie of Marion and Lee (Nicole) Davie of Fort Knox Kentucky. Anita had 10 Grandchildren and 4 great Grandchildren. Brothers, James (Rhada) Orcena Jr. of Marion, Frank (Sue) Orcena of Ostrander, OH, a sister, Deborah (Bill) Hall of Ashville, OH. Friends Sherry Hughes - Webb of Edison, Bonnie Balsley and David Bockover of Edison, OH. Besides her parents and husband Anita is preceded by her brother Charles Orcena, great niece Bailey Newsome and an infant niece. A Celebration of Life will be held on Sunday February 18th at the Canaan Twp Hall in Denmark from 2:00 until 4:00. Memorial Contributions may be made to the Morrow County Dog Pound.

To order memorial trees or send flowers to the family in memory of Anita Davie, please visit our flower store.