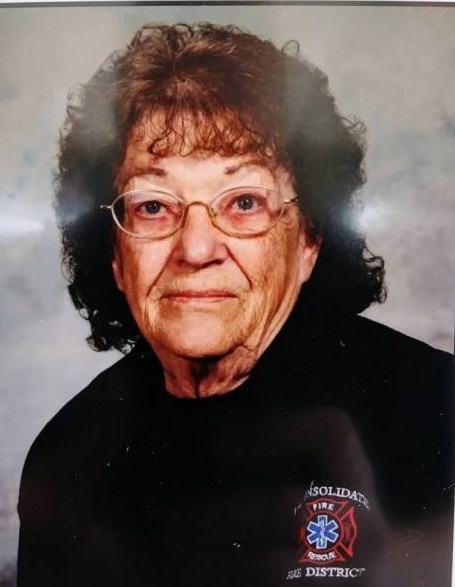 Anna Jean Mowry, age 81 of Caledonia, Ohio passed away on Thursday March 22nd at Riverside Hospital. She was born in Marrowbone, Kentucky on May 7th, 1936 as the daughter of the late Kermit & Flora (Minnick) Large. On January 18, 1954 she married Jesse Mowry in Clintwood, VA. who preceded her. Anna retired from First Consolidated Fire Department where she was an EMT for over 35 years. She loved her job and the people she worked with. She was a participant of the first EMT class in Marion County Ohio. A woman of deep faith, Anna was a member of The Caledonia Memorial United Methodist Church. At home she enjoyed fishing and listening to blue grass and country music. She loved to play BINGO and spending time with her family. In her earlier years she enjoyed vacationing in Florida. She leaves behind her children, Maxie L. Mowry, Nola J & Calvin Eblin, Julia Mowry, Karen Baer, grandchildren, Sean Eblin, Stacey Hansen, Jessica Roth, Cory Mowry, Melissa Huther, Ashleigh, Heather and Matthew Baer, Brittanie, Dustin & Derek Parr and great grandchildren, Hayden Baer, Alexa Higgins, Rylee Mowry, Jazlynn and David Daniels, Kara Hansen, Staralie Parr and Zoey Hoodlebrink. Anna was preceded in death by her grandson Evan, a daughter-in-law, Lorraine Mowry and two sisters Barbara Barrett and Nada June Large. Funeral Services will be held on Tuesday, March 27th at 11:00AM at the Timson & Melroy Funeral Home with Pastor Terry Burkhardt officiating. Interment will follow in Caledonia Cemetery. Friends may call at the Timson & Melroy Funeral Home on Monday, March 26th from 6 - 8pm. Memorial Contributions may be made to the 1st Consolidated Fire Department.

To order memorial trees or send flowers to the family in memory of Anna Mowry, please visit our flower store.