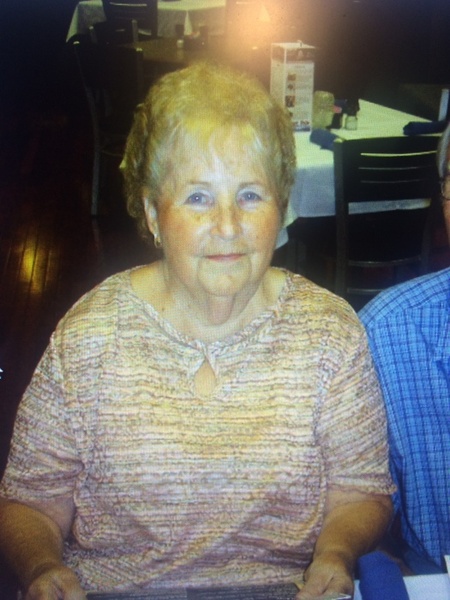 Arlene Ruth (McNeil) Longacre, 90, of Marion, passed away peacefully surrounded by her children and her two dachshund companions Buddy and Opie on January 3, 2020 Arlene was born January 9, 1929 in Green Camp, Ohio to the late Herbert McNeil and Irma (Everett) Bending. She was the youngest of 4 children and the only daughter. Her brothers, Russell, Wallace and Lauren McNeil preceded her in death. She was married to Kenneth Eugene Longacre, who preceded her in death almost 5 years ago and just 3 days shy of their 67th wedding anniversary. From their loving marriage came 5 children; Linda Camello, who proceeded her in death, Carolyn (Robert Watkins) Penny, Barb ( Frosty ) Frizzell, Christine ( Mick ) Williams, and Jerry ( Amy Huber ) Longacre all of Marion. She is also survived by 9 Grandchildren (Julie, Kevin, Joe, Paula, Tim, Mindy, Tony, Stephanie and Sarah & 12 Great Grandchildren. Arlene graduated from Green Camp High School of which she sang a solo for her Graduation Ceremony. She was born and raised on a farm and loved it so much she married a farmer, Eugene Longacre from Caledonia where they were not only grain farmers but chose to have a chicken farm named 7 Acres Incorporated that consisted of 20,000 layer hens for 10 years and as a result of that she was chosen to be the Poultry Woman of the Year in 1969. She drove school bus for fifteen years for River Valley Local District and also worked at Sears in the bed and bath department. She also enjoyed mowing her lawn, bird watching of which the Cardinal was her favorite bird, raising flowers especially sunflowers and most of all she cherished the family gatherings.Calling Hours will be held on Sunday January 12th from 1 to 4 pm at the Timson & Melroy Funeral Home in Caledonia. A private burial will be at a later day. The Family of Arlene McNeil Longacre would like to extend a special thank you to everyone who whispered a prayer or said a kind word to help the family get through this very difficult period. We cannot put into words how much your expressions of kindness and love have given comfort to our family which has lightened our burdens. We also want to truly express our appreciation for Capital City Hospice that went above and beyond
May GOD continue to Bless you all as he has BLESSED us

To order memorial trees or send flowers to the family in memory of Arlene Longacre, please visit our flower store.