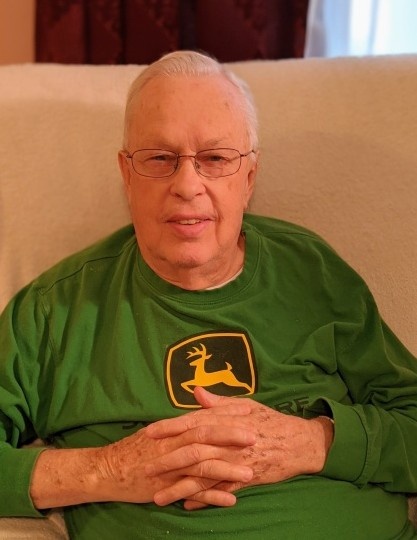 Bernard "Bernie" Perry Brown of Marion, Ohio, passed away at Marion General Hospital Friday, January 8th, 2021. Bernie was born March 13th, 1943 in Kenton, Ohio, as the son of the late Percy and Selecta (Penny) Brown. Bernie was from a family of eleven children. He married Sandra Rasey March 14, 1975 and she survives him at home. Bernie was a member of the First Church of the Nazarene. He was a Southern gospel singer and loved singing. Bernie enjoyed working jigsaw puzzles and loved spending time with his grandchildren. Bernie is survived by his sons, Darren (Heather) Brown, Christopher (Amanda) Skinner, daughters, Stephanie (Jason) Stith, Kimberly (Eric) Parcells, grandchildren, Shelby, Amber, Ellie, Clayton, Mark, Brandon, Morgan and Emily, great grandchild, Charlie, brothers Russell and Irvin Brown and sister Sally Sayer. Bernie is preceded in death by his eight sibling. Memorial Service for Bernie will be held on Monday, January 18th at 11:30 AM at the First Church of Nazarene on Church Street in Marion, Ohio with Pastor Steve Estep officiating. Visitation will be from 10:00-11:30 AM at the church. Graveside will be held May 14th at 2:00 in Caledonia Cemetery.

To order memorial trees or send flowers to the family in memory of Bernard "Bernie" Brown, please visit our flower store.