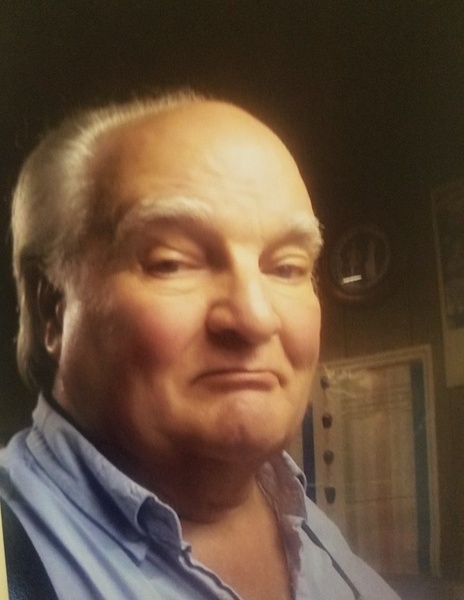 Bradford "Brad" Charles MacKenzie, age 71 of Marion, Ohio passed away January 12th at Marion General Hospital. In keeping with Brad's wishes/ways, he has written his own obituary. Brad was born August 26th, 1949 in Providence, Rhode Island as the son of the late Kenneth Bronson II and Barbara (Norgaard) MacKenzie. He married Sandra Sue (Cochran) MacKenzie in 1978 and she preceded him in death June 23, 2015. Brad spent his younger years in North-Kingston on Hunts River Drive where he went to St. Mary's in the first and second grade, than on to Admiral Robert E. Perry for 5th and 6th grade in Quonset Point Naval Air Station. In 1962 the family moved to Tanglewood Dr. In East Greenwich Rhode Island. He attended Elbridge Jr. High School (7th and 8th grade) and graduated from East Greenwich High School. Brad was an Eagle Boy Scout, Order of the Arrow and head of the boy scouts in The Rhode Island School for the hard of hearing for a year. Brad was a skin diver, sky diver, had ridden motorcycles since 1964, starting with his 150 Vespa in High School and on to a 1500 Gold Wing Touring, which was his favorite. He and Sandy rode all over a 3 state area together on the Goldwing. Brad liked to work on his cars, his 1990 corvette and his motorcycles. Brad did all his repairs and maintenance at his home (when the wife thought of something to build or repair). He was a retired musician and vintage guitar collector, had a conceal carry gun permit, Master Mason (life member) 32 degree Scottish Rite, Valley of Columbus, Knights Templar, (life member) of Oliver Lodge 447 in Caledonia, Ohio. Brad loved building and flying remote control model airplanes from peanut to 1/3 RD Scale in size, running on a 5 horse power chainsaw motor. He was President of the Marion Airfoils for 10 years in the 1980's and he was President of the Tri-Rivers automotive body shop advisory committee at the time of it's opening. He moved to Ohio in 1968 after graduation to spend the summer with his cousin, Paul Kenneth Howard ( a retired Delaware Ohio Police man) and stayed in Ohio. Brad worked at Kennedy Ford, Whirlpool, JC Penney's auto center and then went into business with his uncle, Paul Moses Howard, he did a stint as a private investigator with Central Ohio detective Agency, than they opened the Carter Paint Center and R & M auto paint store. In the early 1970's they opened Paul's Lock and Key and it became Marion's locksmith till now. - Bradfucious. Brad is survived by his significant other, Charlie Renaud, brother, Kenneth Bronson MacKenzie III, daughter, Shellie (Mark) Montgomery, 4 grandchildren, Johnathan (Kelsey), Joshua (Kaitlyn), Jacob and Joseph, two great grandchildren on the way, cousins, Paul and Phyllis, friends and Masons. Funeral Service for Brad will be held on January 16th at 3:00 P.M. at the Timson and Melroy Funeral Home. Friends may call from 1:00 to 3:00 P.M. at the funeral home. In lieu of flowers, Memorial Contributions are asked to be made to his Masonic Lodge, Oliver Lodge #447 P.O. Box 236 Caledonia, Ohio 43314.

To order memorial trees or send flowers to the family in memory of Bradford "Brad" MacKenzie, please visit our flower store.