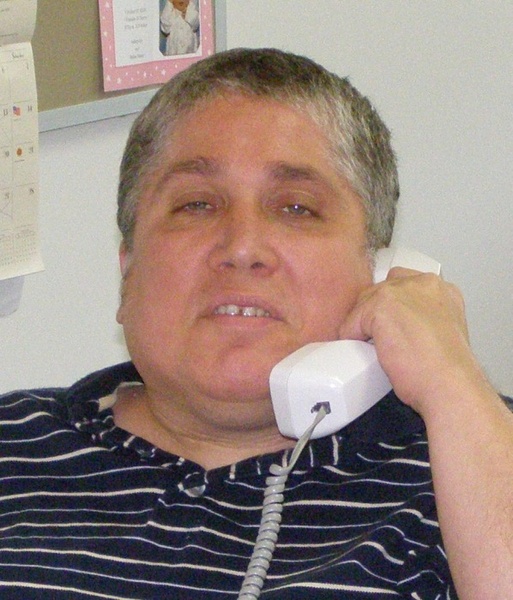 Brian Lee Landis' soul was finally set free to run and jump in Heaven , Friday morning November 18th, 2016 at Marion General Hospital. Brian astonished us all by his many triumphs but especially by beating the odds and living to be 50 years old before his passing. Brian was born in Marion on January 29th, 1966 to John & June (Cratty) Landis of Caledonia, where they continue to live. Brian was always defying the odds. When he graduated from Marion Harding in 1984, he then went to work for Marca for the next 32 years. There they found the perfect job for him - switchboard operator, which he was the pioneer in that program. Anyone that knew Brian, knew that this was tailored perfectly for him because Brian had the "gift of gab". He also helped the Handi-capable Basketball league by being score keeper. Brian's real passion was bowling for the Handi-capable league. Over the years Brian enjoyed other various activities ranging from Camp Help, wood working, to being "Plow Boy" on the C.B. Brian will be sadly missed by his sisters and their families, Jene & Ted Theopolos (Kathrynn, T.J. & Brenden) of Beavercreek, OH, Elaine "Shelli & Stacey Evans (Ashlee & Jordan Gruber) of Marion and Tara & Mark Guider (Maddie & Kamryn) of Marion and also his 2 great nieces - his "baby girls"- Kira & Addi. Brian had many friends who he treasured but especially his roommates Jason & Toni. We will be celebrating Brian's life on Monday November 21st, 2016 at 2:00 P.M. at the Timson Allen & Melroy Funeral Home in Caledonia. A private interment will follow in Prospect Cemetery on Tuesday. Friends may call at the funeral home on Monday from 12:00 until the time of service at 2:00. Memorial Contributions may be made to Nationwide Children's Hospital Foundation P. O. Box 16810 Columbus, Ohio 43216-6810.

Charitable donations may be made to:

To order memorial trees or send flowers to the family in memory of Brian Landis, please visit our flower store.