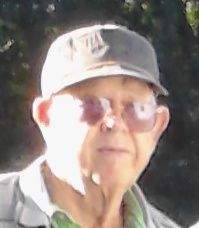 Carl B Shockley, age 85, went to be with the Lord Tuesday, February 20, 2013, Marion General Hospital. He was born to the late Martin L and Mary Heaton Shockley of Memphis, TN on September 26, 1927 where he grew up with five brothers and two sisters, all deceased. He is predeceased by a son Martin (Marty) shortly after birth, and his former wife of almost 60 years, Florence Sanford Shockley and her daughter, Barbara J. Sanford Guess. He leaves a daughter, Shirley M. Fuller (Tenney), Caledonia, Oh (with whom he lovingly though briefly resided), grandson Carl Michael Fuller, Memphis, TN, and two sons of Florence's he considered his owna�"Charles L. Sanford (Carolyn), Eads, TN, and William R. Sanford (Brenda), Bath Springs, TN, along with many grandchildren and their children. He was a former Navy veteran and retired in 1972 from the US Corp of Engineers with a Chief Marine Diesel Engineer's license where he worked in the engine rooms on Mississippi River tug boats. He moved to Mountain Home, AR, Heart of the Ozarks, in 1972 where he turned beautiful wood pieces on a lathe for arts and crafts fairs for over 33 years. A private burial will be held in Tully Township, German Sixteen Cemetery.

To order memorial trees or send flowers to the family in memory of Carl Shockley, please visit our flower store.