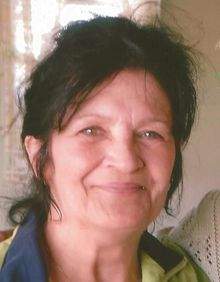 Carol Elaine Kennedy, age 68, of Caledonia, passed away Monday afternoon Nov 10th 2014 at her residence. Carol was born on December 11th, 1945 in Marion as the daughter of the late Charles & Helen Hennessee. On June 30th, 1996 she married Mark Kennedy and he survives at home. During her working days Carol was employed at Abbott & Co as a machine operator. When she was at home Carol enjoyed flower and vegetable gardening, sewing and cooking. She prided herself on her flower garden and with her green thumb she could make anything grow. She was member of the Caledonia Church of Christ. Above all else her life revolved around her family. Besides her husband she is survived by her son Terry (Tabitha) Thompson of Marion, her three daughter Valerie (Bill) Brewer of Upper Sandusky, Kelly Kennedy of Marion and Alex McComas of Caledonia, thirteen grandchildren and eleven great grandchildren, one brother Richard Hennessee of Sandusky, one half brother Sam Waits, one sister Jean and one half sister Bonnie Wait. Carol was preceded in death by three sons Vincent, Victor and Vernon, seven brothers and sisters. Services for Carol will be held on Wednesday, November 12th, at 7:00 P.M. in the Timson Allen & Melroy Funeral Home in Caledonia with Kenneth Boswell officiating . Friends may call at the Funeral Home in Caledonia on Wednesday from 4:00 until 7:00 P.M.. Memorial Contributions may be made to the Huntington Chorea Research Foundation. P. O. Box 1077 Westerville, Ohio 43086.

To order memorial trees or send flowers to the family in memory of Carol Kennedy, please visit our flower store.