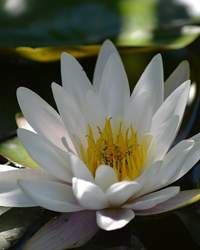 Carol Ann Roush age 80 of Caledonia passed away on August 6th 2015 at Marion General Hospital after many years of declining health. Carol was born in Port Washington, Ohio on April 29, 1935 to parents Waldo Hostetter and Coral (Ward) who preceded her in death. One of Carol's life's joys was driving the school bus for River Valley High School from which she retired in 1996 after 25 years of service. Carol will be reunited in heaven with her sisters Margaret and Francis as well as her brothers, Glen and Bobby. Carol leaves behind her husband of 46 years Jim as well as her daughters Sheila (Ramiro) Mendoza of Findlay, Ohio and Renee Morgan of Columbus, Ohio and her son Billy Livingston of Martel, Ohio. Also left behind is her sister, Arlene (Fritz) Blue of Richwood, Ohio, along with 8 grandchildren, Lance Livingston, Cori Noon, Jaime Dickson, Matt Dickson, Sammy Pippens, Alaina, Eli and Oliver Mendoza and 13 great grandchildren, Samya Pippens, Darius Pippens, Brandon, Kate, Jacob, Chad, Ashley, Larry, Derrick and Tyler Noon, Grace Lynn, Kaylee and Bailey Dickson. In keeping with the wishes of the family, no services will be observed. Timson Allen & Melroy Funeral Home has been entrusted to fulfill Carol's wishes to be cremated and have her remains inurned in Caledonia Cemetery. A celebration of Carol's life will be held at a later date.

To order memorial trees or send flowers to the family in memory of Carol Roush, please visit our flower store.