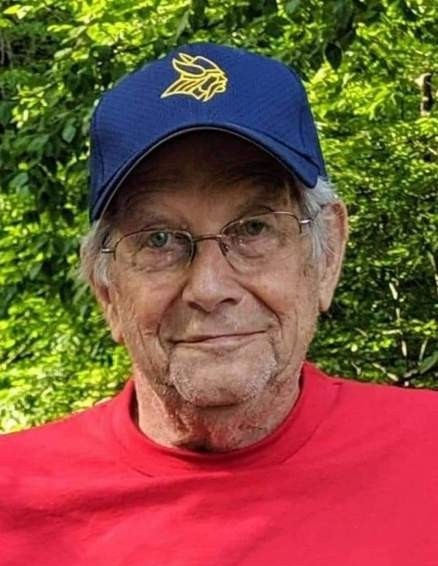 Charles Robert Evers, 85, of Claridon, signed off one final time on May 24, 2020 at his home. He had congestive heart failure. Charlie was born on September 21, 1934 in Bucyrus, Ohio to Cletus Evers and Dorothy Peterman Evers, who both preceded him in death. Charlie's only sister Patsy Evers Widman, preceded him in death in 2008. Charlie was a proud member of the Bucyrus High School Class of 1952. Charlie was a member of the Sixteen United Methodist Church in Marion County, Ohio.On October 11, 1974, Charlie married Jeanne Leaper, who survives. Charlie is survived by his three daughters whom he loved dearly: Kathy Hutchinson of Johnstown (Deane Tobias), Amy (Tim) Roston of Caledonia, and Angie (Michael) Topping of Caledonia. He is survived by 12 grandchildren: Donald Hutchinson, Katherine (Drew) Davison, Jacob Hutchinson, Brandon McAfee, Natalie Polley, Isaiah Topping, Alyssa Topping, Ayden Topping, Nevaeh Topping, Scarlett Roston, Nicholas Roston, Reid Roston and great grandchild, Bentley Davison. Charlie was preceded in death by granddaughter, Jessica Hutchinson in 1997. Charlie grew up in Bucyrus, Ohio and while his father was away enlisted during WWII, the Bucyrus Fire Department took him under their wing. Charlie loved the fire department and talked about being a member of the team many times. He admired the men of the fire department for their service to the community. In 1949, Charlie began his radio career as an amateur radio operator and began full time with WMRN in 1952. Charlie loved the radio and spent the rest of his life on the radio. Charlie became an on air personality with WMRN in 1968 and he immediately began to impact the Marion community. In 1969, he helped establish the Peanut Push, a fundraiser for the Junior Service Guild's Christmas Clearinghouse. Also in 1969, Charlie helped to establish Ohio's Official Weather Predicting Groundhog, Buckeye Chuck. Charlie believed that Punxsutawney, PA shouldn't have a monopoly on Groundhog Day and that Ohio needed its own. In 1979, the Ohio General Assembly recognized Buckeye Chuck as Ohio's official weather prognosticating groundhog. Charlie was known as Chuck Evers during his time at WMRN and later as Charlie Evers at WDIF. Most recently, Charlie had a talk show on WWGH 107.1 FM in Downtown Marion. He was on the air through April 8, 2020. In 2012, Charlie was inducted into the Broadcasters Hall of Fame. Charlie owned and operated a country store in Lucas, Ohio in the late 60s and early 70s. Charlie sold candy, cheese, gifts and hard to find antiques. The store was listed in the travel Ohio book every year and each weekend, the store had 2 to 3 bus tours. He took pride in selling popcorn on the street for $.10 and roasted peanuts as well. He also hosted a craft fair each year featuring crafts from the pioneer days. Charlie had a great love for the City and County of Marion and all its people especially the children. Charlie would spend many days performing colonial shingle making at schools and the many festivals around the area. Charlie and his wife, Jeanne, were 4-H advisors for many years and Charlie was named an honorary member of every FFA chapter in Marion Co. He helped raise $80,000 for the construction of the show arena at the Marion County Fairgrounds, after it burned down, which is named Evers Arena for his fundraising contributions. Charlie loved to bicycle and helped organize thirteen (13) Bike Across Ohio rides to raise money for the American Cancer Society. In 1980, Charlie was instrumental in returning Lady Justice to her rightful place on top of the Marion County Common Pleas Courthouse after she had been missing for almost 30 years. Charlie was a licensed Ameteur Radio Operator. His call signs were W8EXB and N8BLS. His family often fell asleep to the sound of radio waves or Morse Code messages. In the world of ham radio operators, the man who held the signs W8EXB and N8BLS, "becomes a silent key."Charlie left as great legacy in Marion and its surrounding county. Charlie once wrote: "I guess what I am trying to say today is the fact that I consider Marion and the entire county as a place I am proud to be a part of. I see a tremendous future for all of us if we are willing to give of ourselves. We did not get this far without faith and hard work. We did not get this far by succumbing to those that would have us turn out the light when leaving Marion. Let us renew our commitment to this area. Let's pull harder than ever on those oars so that those coming in our wake will find smooth sailing." Even though Charlie was very active, Charlie always found the time to be a great husband, father and grandfather. The family would like to give a special thank you to Scott Spears for always being there and loving Charlie like family. He will be remembered by his special friends: Terry Cline, Jeff Ruth, James Anderson and George Kasotis. The family would like to give a special thank you to the staff of Heartland Hospice for the loving care they provided. If Charlie influenced your life and you would like to give back in his name, memorial contributions may be made to the following organizations: Prairie Parks Foundation at PO BOX 651, Marion, OH 43301; Marion County Historical Society at 169 E. Church St., Marion, OH 43302; Marion Palace Theater at 276 W. Center St., Marion, OH 43302. The family will have a private graveside service at a later date. Arrangements are in the care of Timson & Melroy Funeral Home. Online condolences may be made at timsonmelroy.com.

To order memorial trees or send flowers to the family in memory of Charles "Charlie" Evers, please visit our flower store.