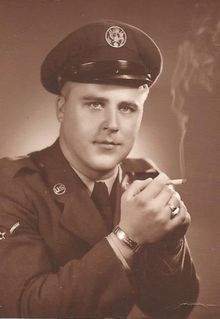 Clarence Edward Allen, age 81 of Marion passed away Saturday morning at Marion General Hospital after an extended illness. He was born in New Lexington on January 17th 1932 as the son of the late Donald L. and Verna (Middaugh) Allen. Clarence was a graduate of Martel High School and an Air Force Veteran of the Korean Era. He worked as a press operator for Whirlpool in Marion until his retirement. He was a member of Iberia United Methodist Church and American Legion Post 584 in Marion. In his spare time Clarence enjoyed fishing at Delaware Reservoir, riding his Harley Davidson Motorcycle and Bowling. He especially enjoy watching the Buckeyes and Browns. On July 5th 1953 Clarence married the love of his life Wilma (Leathem) Allen and she remains at home. He is also survived by his daughter and son-in-law Belinda and Harvey Smith of Marion and his son and daughter-in-law Craig and Barbie Allen of Marion. Three granddaughters; Autumn Spicer, Lacey Spicer and Ashlea Allen, all of Marion. Two great granddaughters; K'lynne Clifton and Elliana Allen. He also leaves behind his faithful companion Zeus.
Funeral Services for Clarence will be conducted on Tuesday December 10th 2013 in the Iberia United Methodist Church by Pastor Pat Fruth at 12:00 noon with interment to follow in Caledonia Cemetery. Friends may call at the church on Tuesday from 10:00 until time of service. Memorial contributions may be made to the Alzheimer's Association.

To order memorial trees or send flowers to the family in memory of Clarence Allen, please visit our flower store.