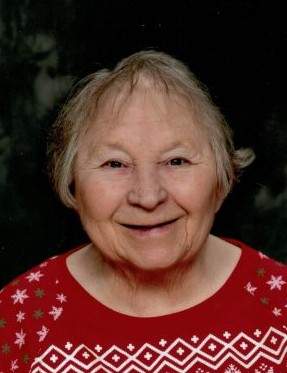 Cora Frances Knight, age 72 of Mt. Gilead, Ohio passed away September 3, 2018 at Bennington Glen Nursing and Rehabilitation in Marengo, Ohio. Cora was born January 13, 1946 in Covington, KY as the daughter of the late Raymond and Edith (Reed) Hubbard. Cora was a stocker for Sanese Services for many years and had also worked for Swan Cleaners. Cora loved to play Bingo and cards, especially solitaire. She had a love for animals and her scratch off tickets. She enjoyed fishing, listening to music and spending time with family. Cora will be sadly missed by her sons, Robert Knight of Columbus and Paul (Kelly) Knight of Hilliard, her daughter, Sheila (William Gartin) Knight, brother, Edward (Linda) Harris of Mt. Vernon, sisters, Nadine (Jack) Evens of Plain City, OH, Clara (Phil) Fravel of Junction City, OH, Janet (Frank) Tilley of Marengo, OH, Alma (Fred Pancake) Harding of Columbus, OH, Charlene Harris of Syracuse, NY, Carol Rippetoe of St. Cloud, FL and grandchildren Matthew and Coralyn Knight. Cora was preceded in death by her brothers, Oscar, Denver and Cliffton Hubbard and her sisters, Martha "Dottie" McCoy and Mary Jones. Funeral Services for Cora will be held at a the Timson & Melroy Funeral Home in Caledonia, September 7th at 2:00 with Pastor Terry Burkhardt. Interment will follow in Marengo Cemetery. Friends may call from 12:00 until the time of the service. Memorial contributions may be made to the family to help with funeral expenses.

To order memorial trees or send flowers to the family in memory of Cora Knight, please visit our flower store.