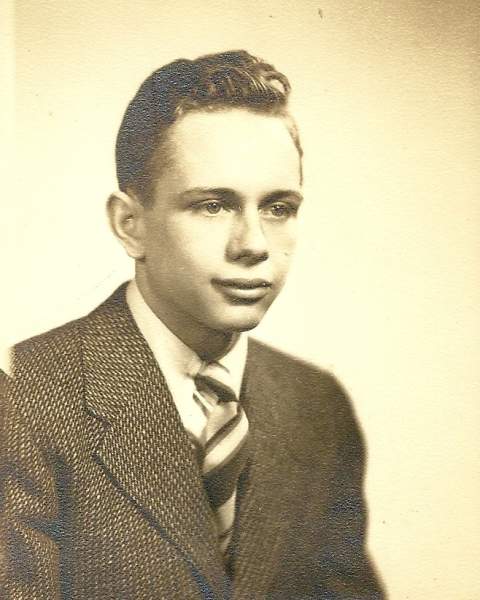 Damon Eugene Monnette, 95, passed away peacefully on August 20th,2022 surrounded by his family at Presidential Nursing Home in Marion after suffering from dementia.  He was born to Irvin R. and Rebecca (Burtsfield) Monnette on November 30th, 1926. Damon grew up on the family farm just north of Marion. He graduated from Kirkpatrick High School in 1943. When he was 18, he enlisted in the U.S. Army. After basic training he was deployed to Germany and served with the occupational forces for two years. Later, he would go on a blind date where he met our mother, Pauline Dusang. He knew instantly she was the "one." They were married for 68 years before her passing on September 20th, 2019. He was an avid outdoorsman and enjoyed hunting, fishing, and bicycle riding.  His three sons enjoyed many hunting trips with their Dad in numerous states.  The entire family enjoyed many summer days at Schrock's Marina on Lake Erie in a cottage that he built.  We learned to fish and enjoyed just being together on the lake.  He loved to travel with his family and we went on many vacations such as California and Maine, and a multitude of destinations in between.  Later, they both discovered their love of cruises and went on more than anyone can count. Damon worked at General Motors in Mansfield, Ohio as a tool and die maker and retired after 31 years in 1989. His farm upbringing stayed with him, as he was an excellent gardener and was happy when he had his hands in the soil nurturing his plants. He grew the best fruits and vegetables and was always so willing to share his bounty with family and friends. In his later years, he enjoyed taking a drive to see the progress of the corn and beans on his farmland. He was preceded in death by his wife, Pauline. Also his sister Harriet Ludwig and Mary Jean Koblentz, along with two brothers John and Paul Monnette. He will be fondly remembered by his four children; Stephen (Beth) Monnette, Thomas (Mary) Monnette, Cathy (David) Uhl, all of Marion, and Gary (Becky) Monnette of Oak Leaf, Texas.  Six grandchildren; Jodie Monnette of Radnor, Ohio, Nicole (Andy) Curran of Delaware, Ohio, Amy (Matt) Heis of Vandalia, Ohio, Greg (Christin) Uhl of Twinsburg, Ohio, Caitlin (John) Zancana of Rowlett, Tx. and Cody (Stefanie) Monnette of Midlothian Tx.; along with 11 great-grandchildren. Friends may call at the Crosswood Methodist Church, 1551 Richland Rd, Marion, OH 43302, August 30th from 11-1. Service will begin at 1:00 with Pastor Kristen Lawson officiating. Graveside service to follow in Marion Cemetery. In lieu of flowers, memorial contributions may be made to the Crosswoods Church. The Timson & Melroy Funeral Home are handling his arrangements.

To order memorial trees or send flowers to the family in memory of Damon E Monnette, please visit our flower store.