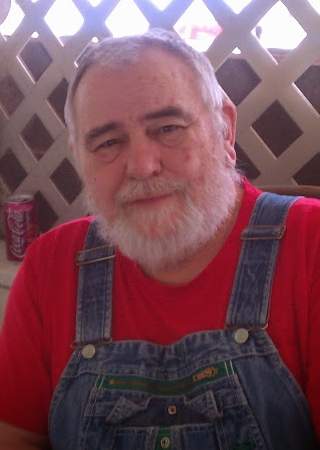 Darrel G. Mosbarger, age 68 of Marion passed away Thursday September 10th, 2015 at his residence. He was born March 13,1947 in Marion as the son of the late George E and Ora G. (Brammer) Mosbarger. Darrel had worked as a master machinist for Marion Power Shovel for 35 years and was a member of the Army Reserves from 1966 to 1972. He enjoyed racing/riding motorcycles in his youth, was a NASCAR and Tony Stewart fan, enjoyed camping, fishing and tinkering in his garage. Darrel was a member of Oliver Lodge No. 447 F & AM in Caledonia and a 32nd Degree Mason, Scottish Rite Valley of Columbus. Darrel married Karen (Burns) June 28, 1996 who survives him at home. He is survived by his son Brinton Colby, Jr. of Marion, daughters and sons-in-law , Jamie J. (Mosbarger) & Tracy Caudill of Richwood and Holly A. (Mosbarger) & James Preece of Glenford. He also leaves behind his brother Glenn (Tami) Mosbarger of Upper Sandusky, sisters, Jessica (Jim) Crissinger of Tiro and Sheryl Dietch of Guyton, GA, grandchildren, Melissa, Emily, Shaina, Mercedes, Tabitha, Ashley, Jessica, Kasey, Cruz, Rhys and Jamison, great grandchildren, A.K. and Riley, his ex-wife and mother of Holly and Jamie, Sandra Hill, his five cats, Smoke, Cali, Midnight, Scooter and Sissy and special friend and caregiver Carrie Orr. He is preceded in death by his brother Marvin Mosbarger. Friends may call at the Timson Allen & Melroy Funeral Home in Caledonia on Sunday, September 13th from 2:00 until 4:00 with Masonic service to follow. In lieu of flowers, contributions may be made to The Marion County Humane Society.

To order memorial trees or send flowers to the family in memory of Darrel Mosbarger, please visit our flower store.