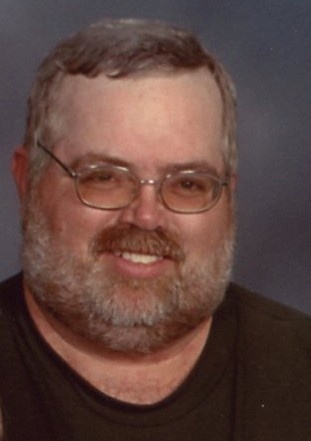 David Christopher "Chris"/"Big Bass" Pugh, age 61 died Friday, February 21, 2020 at the Laurels of Waldon Park, Columbus. Chris was born April 6, 1958 in Marion, (where he resided for 60 years) as the son of the late David and Nancy (Claffey) Pugh. He graduated from Ridgedale High School with the class of 1976. Chris retired from National Lime and Stone after 30 years of service where he was a proud union member and affectionately known to his co-workers as "Pepé" (Le Pew). He took great pride in the family farm and greatly enjoyed hunting and fishing there. Chris collected pens, coins, guns and knives and loved to win playing chess and cards. In his younger years he was an avid reader reading everything in the Morral School Library, westerns were his favorite especially those of Louis L'Amour. Chris was a proud supporter of the YMCA and was also baptized at the Kirkpatrick Church of Christ. The true love and pride of his life were his children Austin and Chynna. He is survived by them along with siblings, Beverly (Bill) Smith, Robert (Laurie) Pugh, Beth (Edward) Mack and Duane (Carmen) Tschanen and his best friend since childhood Stacey "Stick" Holt. Chris is preceded in death by his niece Morgan Pugh. Calling hours will be observed from 11:00 am to 1:00 pm Saturday, March 7 at Timson & Melroy Funeral Home of Caledonia with a memorial service immediately following, Minister Don Kelley officiating. Memorial contributions may be made in Chris's memory to the Arthritis Foundation. On-line condolences may be expressed at www.timsonmelroy.com

To order memorial trees or send flowers to the family in memory of David Pugh, please visit our flower store.