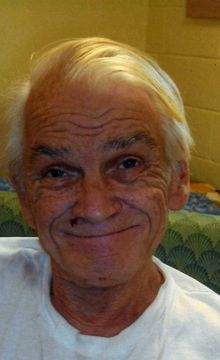 David Franklin Smith, age 62 of Marion, passed away on Monday evening April 9th, 2012 at Marion Point Nursing Care Center. He was born March 13th, 1950 in Marion as the son of the late F. H. & Dorothy (Adams) Smith. David grew up and lived most of his life on Lincoln Ave. He loved CB radios and had been a member of the Marion CB Club. When electronics were mostly tube sets, he enjoyed fixing old radios and televisions. David will be missed by his brother and sister-in-law, Micheal (Mickeli) and Nancy Smith of Marion and his sister Lisa Smith of Pennsylvania. He also leaves behind his special niece Angel Montgomery and many other nieces and nephews. He will also be fondly missed by his long-time friend Ella Holtz. He was preceded in death by his sister Teresa Funeral Services will be held for David will be held on Friday April 13th, 2012 at 11:00 at the Timson Allen & Melroy Funeral Home in Caledonia. Interment will follow in Waldo Cemetery with Rev. Tom Hypes officiating. Friends may call at the funeral home on Thursday evening from 6 until 8. Memorial Contributions may be made to the Acclaim Hospice.

To order memorial trees or send flowers to the family in memory of David Smith, please visit our flower store.