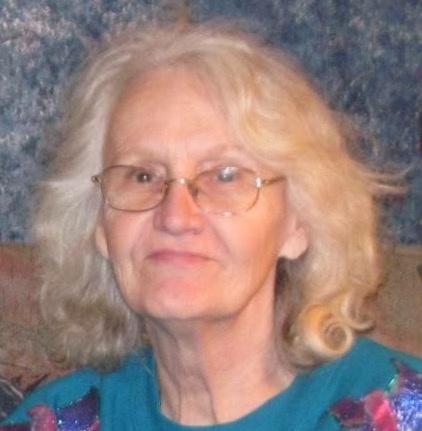 Donna Jean (Booth) Anderson, age 74, formerly of rural Galion, passed away Saturday evening November 26th, 2016 in Edgewood, Kentucky where she had resided for the past three years. Donna was born July 18th, 1942 in Lorain, Ohio as the daughter of the late Donald W. & Hazel Booth. She graduated from Midview High School in Grafton, Ohio. She was married to Robert N. Anderson for 53 years who preceded her in death August 26th, 2016. Robert and Donna raised their family in Caledonia, Ohio where she served the community as a member of the Red Cross, volunteering as an EMT for the 1st Consolidated Emergency Squad and working as a crossing guard and in the cafeteria of her boys' school. Later she moved to rural Morrow County to enjoy living in the house that she and Robert built together. She was a "dog lover from the word go." She enjoyed taking long walks in the woods with her dog and caring for any animal that crossed her path. She loved being at Robert's side whether it was stacking wood, traveling, camping or visiting grandchildren. Donna was also a passionate pro-life supporter. Donna is survived by her three sons and their families; Frank Anderson of Crestline, Nick & Janet Anderson and Dan & Kyra Anderson of Walton, KY. She is also survived by her grandchildren, Sidney & Kelly Anderson, Calvin & Lily Anderson, Marisa & Spencer Dillinger and Colton Anderson. She also leaves behind her great grandson Reed Dillinger. She is also survived by her sister-in-law Phyllis Hummerich of Ravenna. Funeral Services for Donna Anderson will be held at 11:00 AM Thursday December 1st, 2016 at the Timson Allen & Melroy Funeral Home in Caledonia with Pastor Donald Green officiating. Interment will follow in Caledonia Cemetery. Friends may call at the funeral home on Wednesday November 30th from 5:00 until 8:00. Memorial Contributions may be made to the American Stroke Association.

To order memorial trees or send flowers to the family in memory of Donna Anderson, please visit our flower store.