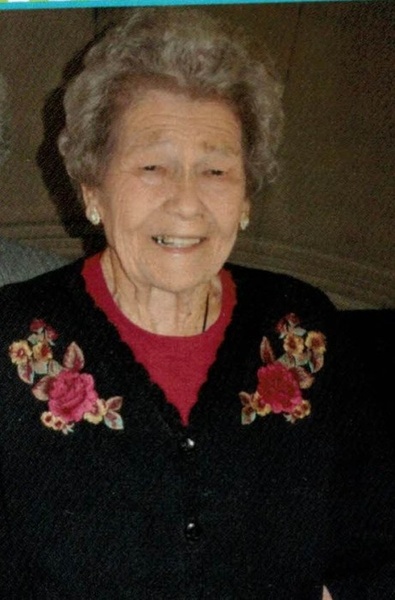 Doris L. Kaelber, age 102 of Caledonia passed away Tuesday afternoon November 24th, 2015 at her residence. Doris was born February 14th, 1913 in Martel as the daughter of the late Ora J. and Emma Kurtz Burkhart. On December 24th, 1936 she married Wilford Kaelber and he preceded her in death on February 19th, 2005. Doris was a graduate of Martel High School where she played on the Champion Marion County Girl's Basketball Team during the 1929 - 1930 season. She was a faithful member of Caledonia Memorial United Methodist Church where she sang in the Chancel Choir for over 50 years. She had served as financial secretary and a Sunday School teacher. She was past worthy matron of Vera Chapter No. 64 Order of the Eastern Star and Deborah Rebecca Chapter in Caledonia. Doris and Wilford enjoyed many card games with their friends & neighbors in the Larkin Card Club. In her spare time when not busy on the farm she enjoyed gardening, sewing and bird watching. The Kaelbers had traveled throughout the lower 48 States. She was a loving wife, mother, grandmother and great grandmother. Doris will be dearly missed by her daughter and son-in-law Barbara and Bill Murray and her granddaughters Karen Seckel of Caledonia and Krista (Matt) Johnston of Marengo. She will also be missed by her great grandchildren, Trisha, Mitchel & Charlie Seckel, Wyatt & Troy Johnston of Marengo. Her memory will be cherished by her sister Marjorie Bachelder of Mt. Gilead. She was preceded in death by two brothers and two sisters. Funeral Services for Doris will be held at 10:00 A.M. on Saturday November 28th, 2015 in the Timson Allen & Melroy Funeral Home with Pastor Daniel Johnson officiating. Interment will follow in Caledonia Cemetery. Friends may call at the in Caledonia on Friday afternoon from 5:00 until 8:00. Contributions in memory of Doris may be made to the Memorial United Methodist Church.

To order memorial trees or send flowers to the family in memory of Doris Kaelber, please visit our flower store.