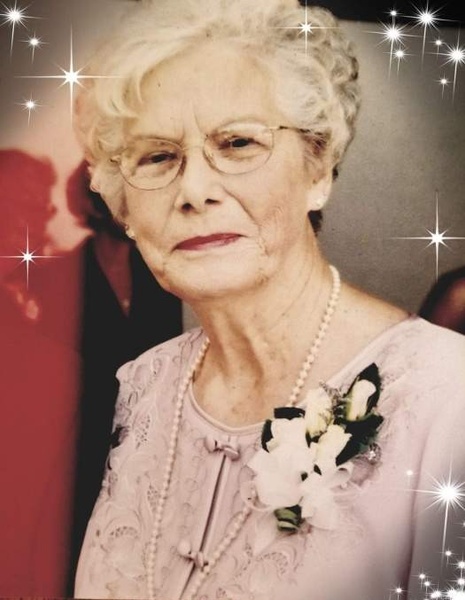 Elizabeth Anna Boyd, age 92 of Kirkpatrick, Ohio, passed away March 2nd, 2019, at Gulfside Hospice, in Zephyrhills, Florida. Elizabeth was born August 28th, 1926, in Kirkpatrick as the daughter of the late Earl and Sarah Delilah (Bayles) Speece. Elizabeth married Bobbie J. Boyd on October 6, 1946. He and their daughter Vicki Johnson precede her in death. She worked for J.C. Penney in their Audit Department for many years and was the one of the oldest members of Liberty United Methodist Church in Kirkpatrick, Ohio. She enjoyed crafts and had won many prizes for her cross stitch. Elizabeth was church treasurer, a member of the choir and the United Methodist Women. Elizabeth will be sadly missed by her son Steven (Karen) Boyd of Tampa, FL, her daughter, Marcia Linhart of Louisville, KY, and her son-in-law George Johnson. She dearly loved being a grandmother to Beth Ann (Rod) Keeton, Joel (Tabby) Wilhelm, Nathan (Catherine) Boyd, Lesley (Kevin) Morris, Kendall Linhart and Katie Linhart and her eight great-grandchildren and six great-great-grandchildren. She is also survived by two special sisters-in-law, Joan Kessler and Brenda Blessing. Elizabeth was preceded in death by three brothers and two sisters. A Memorial Service for Elizabeth will be held at the Liberty United Methodist Church in Kirkpatrick at 11:00 am March 9th, 2019. Friends may call from 6:00 PM to 9:00 PM on Friday March 8th. at the Timson & Melroy Funeral Home. Memorial Contributions may be made to Liberty United Methodist Church.

To order memorial trees or send flowers to the family in memory of Elizabeth Boyd, please visit our flower store.