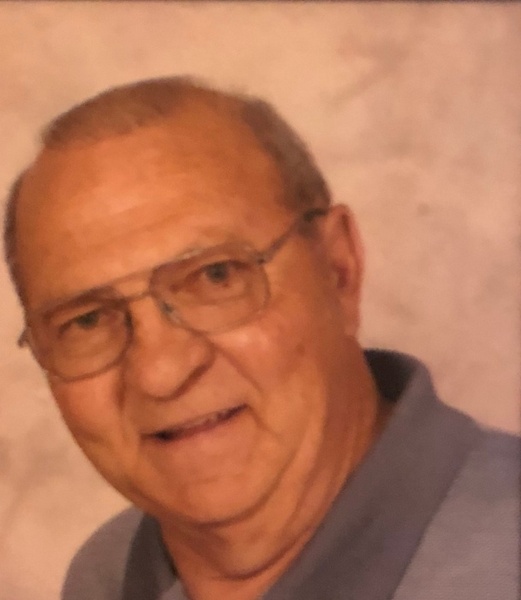 Gene "Pops" Ault age 82 of Caledonia passed away Sunday morning October 7th, 2018 at Marion General Hospital. He was born October 21, 1935 in Marion, Ohio as the son of the late Wallace and Bertha (Klinefelter) Ault. Gene married Carol Farley on August 4, 1956 and she survives him at home. Gene wore many hats when it came to his employment. He began as a chemical applicator at Mid-Ohio Chemical in Edison from which he retired. He was also a shuttle driver for McDaniel Motors and a custodian at River Valley High School where he was known as "Gene the Machine". Gene also drove truck for Irey's Trucking in Caledonia for a short period of time. Gene was a member, a youth group leader and a trustee of the Caledonia Memorial United Methodist Church for many years. He and his wife Carol ran the Dance Factory in Caledonia which they started in their basement at home in 1973. He also ran the soundboard and served as Master of Ceremonies at many of their dance recitals. Gene loved working with the kids at the Dance Factory and he even did a performance of the Dance of the Sugar Plumb Fairies with a group of other dads. He loved football and was a huge fan of the Ohio State Buckeyes and the Indians. He was even a yardage official aka "Chain Gang" at River Valley High School for a period of time. He also served his community as a village councilman and zoning inspector for Caledonia. Gene is survived by his children, Christy (Mike) Frank of Caledonia, Andi (Clyde) Knipp of Richwood, Gary Ray Ault of Raymond, Susan (Tim) DeBolt of McMinnville, Oregon, Cathy (Steve) Marshall of Caledonia, Maxine Morrow (Bob Staffo) Greer of South Carolina, grandchildren, Evan (Justine) Frank, Taylor (Dylan) Struble, Dylan DeBolt, Kelly (Tim) Boles, Samantha (Dave) Johnson, Jessica Morrow, Kasi Morrow, great grandchildren, Lizzi Knipp, Haydn Boles, Nathan Hickman, Delaney Boles, Tyler Johnson, Nicholas Johnson, Ciera Hickman and Silas McGee. Gene was preceded in death by Bob and Ruth Ault and sister-in-law Sally Rhodes. Memorial Services will be held on Saturday, October 13th at 3:00 P.M. at the Caledonia Memorial United Methodist Church in Caledonia with Pastor Terry Burkhart officiating. Friends may call at the church from 1:00 to the time of service on Saturday. Memorial contributions may be made to the First Consolidated Fire Department or Memorial United Methodist Church of Caledonia

To order memorial trees or send flowers to the family in memory of Gene Ault, please visit our flower store.