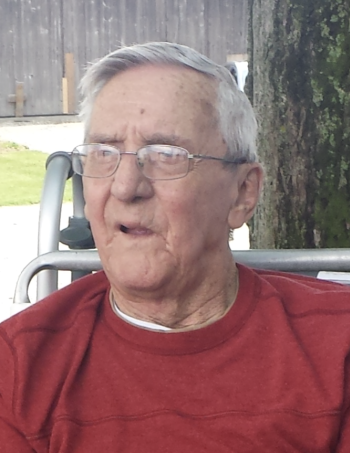 George William Cochran, age 81 of Edison, passed away Sunday morning June 24th, 2018 at the Walnut Crossing Assisted Living Center in Marysville, Ohio. George was born August 11th, 1936 in Morral, Ohio as the son of the late George W. & Mary (Wolfe) Cochran. On February 23rd, 1957 he married Evelyn Beck. She survives him at home. George was a press operator at Whirlpool for 44 years. A man of deep faith, George was a member of the Canaan United Methodist Church where he held numerous offices in the leadership. He loved baseball in every respect, even acting as an umpire for the Fast Pitch Baseball League. George enjoyed his family and looked forward to the time they spent together. He is survived by his two sons Albert Cochran of Marion and Shane Cochran of Edison. He also leaves behind his daughter and son-in-law Tammy & William (Bill) Kelly of Marion. His granddaughters Dawn Henderson, Carly Bell and great grandson Jase Henderson will cherish his memory. He will also be fondly remembered by his sisters; Betty Berridge of Marion, Mary June Miller and Darlene Blashinsky of Arizona, Beulah Deeds of Texas and Linda Shingler of South Carolina. George was preceded in death by his brothers, Blaine, Lee, Lloyd, Everett , Wes & Wayne and his sisters Florence Richards, Lillian Claunch, Katherine Daines , Eleanor Rollison & Mildred Jaynes. Funeral Services for George Cochran will be held at 1:00 P. M. on Thursday June 28th, 2018 at the Timson & Melroy Funeral Home in Caledonia with Pastor David Smith officiating. Interment will follow in Caledonia Cemetery. Friends may call at the funeral Home on Thursday from 11:00 A.M. until time of service. Memorial Contributions may be made to the Alzheimer's Association.

To order memorial trees or send flowers to the family in memory of George Cochran, please visit our flower store.