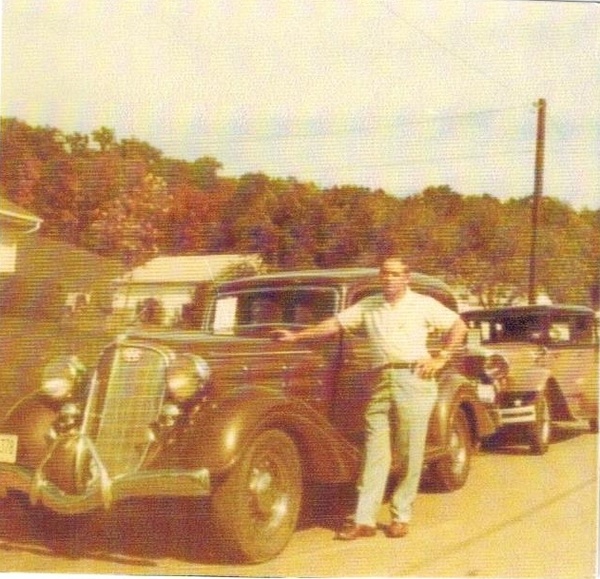 Hiram "Smitty" Smith of Iberia passed away Friday morning January 29th, 2016 at Woodside Village Care Center in Mt. Gilead. Smitty was born April 1, 1923 in Pike County, Kentucky to the late Charlie and Celie (Bostic) Smith. He married Phyllis Maxine Alexander on April 4th, 1949 and she precedes him. Smitty left the farm fields of Pikeville, Kentucky to travel to Mt. Gilead, Ohio to work in his Uncle John's gas station by the fairgrounds. Later he would move on to work at Hercules and live in Galion, Ohio. Finally, in 1956, he purchased the gas station in Iberia so he could work on cars. Smitty enjoyed playing the banjo, singing, fishing and mushroom hunting (as well as eating them). He also liked to restore Model A automobiles. When he wasn't spending time with family and friends, he was also a member of the Fraternal Order of Eagles and a life time member of the Amvets in Galion. Smitty is survived by his sons, Michael H. Smith of Iberia, OH, Daniel L. (Hope) Smith of Galion, OH and Thomas A. (Mary) Smith of Iberia, OH, two grandchildren, Eric Smith of Galion, OH and Tiffany (Scott) Kohler of Wapakoneta, OH, two great grandchildren, Gabe and Alex Kohler of Wapokoneta, OH, brothers, Winford Coleman and Frank Thornsberry both of Sheffield Lake, OH, and sister, Alice Smith of Wallbridge, OH. He is preceded in death by his son Steven Smith, brothers, George Smith, and Carl Gratho Phillips, sisters, Hazel Thornsberry Coleman and Gracie West. In keeping with Smitty's wishes, he is to be cremated and there will be no services observed. Memorial contributions may be made to the Alzheimer's Foundation in his memory.

To order memorial trees or send flowers to the family in memory of Hiram "Smitty" Smith, please visit our flower store.