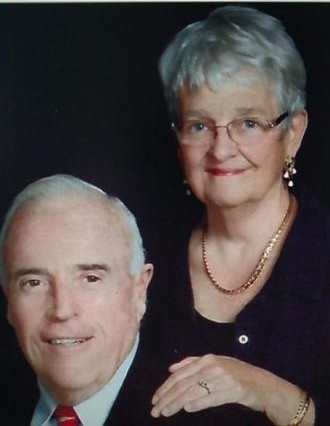 
James Lynn Kirk, age 83 of Galion passed away Monday, January 14th, 2019 at Bickford Assisted Senior Living. James was born in Paducah, KY on February 19, 1935 as the son of the late Roy and Edith (Etter) Kirk. He married Martha "Sunny" Ann Clark on September 12, 1958 who preceded him in death April 25th, 2014. Jim was a 1953 graduate of Caledonia High School, Ohio Northern University and the University of Toledo where he received his Master's Degree in Education. He was a U.S. Army veteran of the Korean Conflict where he proudly served in the 8th Army, "The Best of the Best". Jim was involved in teaching and high school athletics his entire working career. In the classroom he taught Biology, Physiology and Anatomy. On the athletic side he was a basketball and golf coach. His career extended to Toledo Waite, Marion Elgin & Galion High School. He was at one time the District 6 representative for the Ohio Basketball Coaches Assoc. and a member of the Ohio High School Hall of Fame for his number of wins in Basketball. Jim was not just a teacher or coach, he was a mentor to many. In his spare time Jim loved fishing and golfing and loved wintering with Sunny in Florida and summering on Manitoulin Island in Canada. He is also a past commodore of the Mohican Sailing Club. Jim will be sadly missed by his children, David A. Kirk of Galion, Steven & Rita Kirk of Worthington, Michael & Lisa Kirk of Westerville and Martha Lynn & John F. Kime of Bucyrus. He also leaves behind his grandchildren, Dave's children, Hannah & Rebecca Kirk, Steven's son Jim Kirk, Martha Lynn's children Joshua F. (Shannon) Kime, John H. (Tiffany) Kime and Mike's daughters Ella & Ava Kirk. His memory will be cherished by his brother George Kirk of Memphis, TN, and his cousins Ann Kirk-Bugbee and Tom Kirk. He will also be fondly remember by his sister-in-laws and their husbands, Deborah & Bill Detwiler and Betsy and Andy Kazee. He was preceded by his sister-in-law Catherine Kirk and half brother Frank Reeves. Funeral Services for James L. Kirk will be held at 1:00 P. M. Friday January 18th, 2018 at the Timson & Melroy Funeral Home in Caledonia with Pastor Mike Corwin officiating. Interment will follow in Caledonia Cemetery with Military Honors. Friends may call at the funeral home on Thursday, January 17th from 2 - 5 and 6-8. Memorial contributions may be made to Alzheimer's Association.

To order memorial trees or send flowers to the family in memory of James Kirk, please visit our flower store.