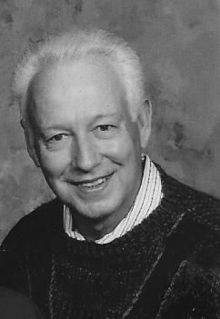 James Leonard Smith, age 70, formerly of Caledonia passed away Sunday evening April
21st 2013 in Wyandot County Nursing & Rehab Center, Upper Sandusky. Jim was born
June 22nd, 1942 in Upper Sandusky as the son of the late Leonard & Doris (Kelly) Smith.
He was a high school graduate of Upper Sandusky and retired after 43 years with the Eaton Corporation in Marion. He was a member of the Church of Christ. He had served as a volunteer fireman in Bucyrus. Jim loved to camp at River Bend Campground and enjoyed playing gospel country music on his guitar. Jim was married to the former Cora (Carr) Smith. She preceded him in death in September 1997. Jim is survived by his son Rusty (Amy) Smith of Port Charlotte, FL: daughters Lori Smith of Bucyrus and Shelli Smith - Acosta of Shelby, his step-son James (Kathy) Weiler of Willard, seven grandchildren, his sister Mary Moses of Upper Sandusky and his niece Sue Hutchinson.
He also leaves behind his companion Glenda Markle of Caledonia and her son &
grandson Derek and Mason Markle. Jim was preceded in death by his brother Bill and
his sister Rose and step son Robert Weiler. Funeral Services for James L. Smith will be at 11:00 A.M. Friday April 26th 2013 at the Timson Allen & Melroy Funeral Home in Caledonia with Maynard Moses officiating. Interment will follow in Crawford County
Memory Gardens. Friends may call at the funeral home on Thursday from 6 -9.
Memorial Contributions may be made to First Consolidated Fire Department or Hospice of Wyandot County.

To order memorial trees or send flowers to the family in memory of James Smith, please visit our flower store.