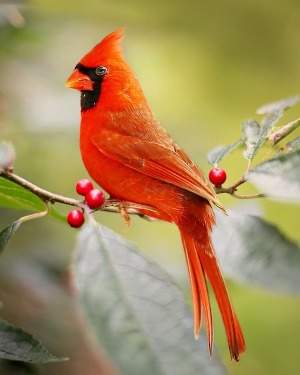 Janice Creviston Ellison Ray, age 82, of Marion, Ohio, passed away December 26, 2020 at Houston Methodist Hospital. She was born January 25, 1938 in Agosta, Ohio. She graduated from Marion Harding High School in 1956. She married Gene Ellison later that year and began a family. She would tell you that her crowning achievement in life was giving birth to her five children. She loved the outdoors, picnics and trips to state parks. Her children became involved in the local drum and bugle corps, so she jumped right in too. She served as a volunteer chaperone during corps trips and later served on the organization's board of directors. After her divorce from Gene, she held her children close to her. She did the best she could as a single mom in a man's world of the 1970's. She worked at the Marion YMCA for over twenty years at 4:00 AM every morning to open the Y at 5:00 for the early morning workout crowd and to offer a friendly smile to all who came in. She married Robert Ray in 1982 and in so doing gained another daughter, Elizabeth A. (Ray) Owings. Her five biological children all moved to Texas in the early 1980's. She made many visits to the Lone Star State over the following years. She loved to spend time beach combing in Galveston. She enjoyed swimming to combat the Texas heat during the summer visits and she went on a few cruises with friends and family. Her last trip came on November 13, 2020. She came to grieve the loss of her beloved Kerry who died on November 4 due to complications from surgery in Bentonville, Arkansas. It turned out she contracted COVID-19 prior to her trip and became very ill one she got to Texas. She spent her last thirty-six days under the wonderful care of the nurses and doctors at Houston Methodist Hospital. Her family was able to video chat with her but visitation was off the table due to the on going pandemic. Janis was preceded in death by her parents, Richard and Isobel Creviston, her brother Jon Creviston and her daughter Kerry Ellison. She is survived by her husband Robert Ray, sister and brother in-in-law Susan and Robert Jenkins, son and daughter-in-law Gene and Karen Ellison, son Mike Ellison, daughter, Beth, son and daughter-in-law Jamie and Haixia Ellison,, and son John Ellison, and daughter-in-law Nancy Dute. Grand Children include Michael and Erin Copeland, Keith and Ann Copeland, William (Luke) Owings, Eric Owings and Simon Ellison. Great grandchildren are Mia and Cain Copeland. There are also numerous cousins, nieces and nephews. Private inurnment in Caledonia Cemetery.

To order memorial trees or send flowers to the family in memory of Janis Ray, please visit our flower store.