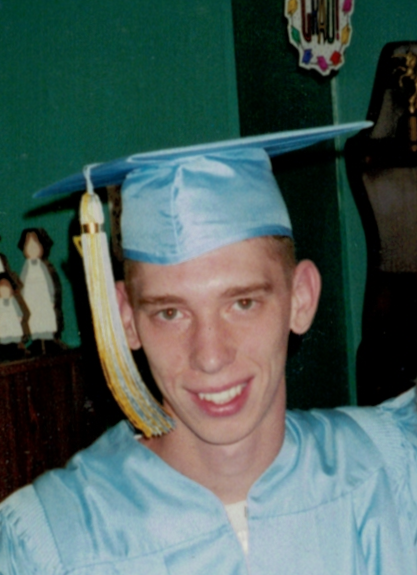 Jason Michael Whipple age 36 of Delaware died unexpectedly in a Highway accident near McArthur, Ohio Thursday evening, September 24 th . 2015. He was born October 12 th , 1978 as the son of Michael Whipple of Delaware and Tamara (Rob) Rose of Caledonia. Jason was a 1997 graduate of River Valley High School and was a carpenter, specializing in Interior Installations. Jason was such a fun loving happy young man and full of life! Always telling you he loved you. He enjoyed fishing with Ryan, Rob & Harold and loved fishing on Lake Erie. He was also his aunt Debbie's fishing buddy. He loved to hunt or just being in the woods looking for mushrooms. He could fix anything and could build anything. If you needed his help he was always there for you. He was a very special young man and his smile could light up a room. Besides his father and mother and step-father, Jason is survived by his brothers Ryan Rose & Harold Whipple and his sister Tracy Rose. He also leaves behind his grandmothers, Velma Johnson & Lois Cherbonneau, by his Aunts & Uncles, Tracy Johnson, Velma Johnson, Johnne Johnson, Eileen Levering, Coleen Meyers, Debbie McFarland, Gayla Lyons, Shelly Hart, Timothy Johnson, Dennis Levering, Phil Lyons, Larry Myers, Marvin Hart and Tim Wilkin. He was preceded in death by his grandfathers John Johnson & Robert Whipple and his uncle Harold Whipple. Funeral Services for Jason Whipple will be held on Tuesday September 29 th , 2015 at 4:00 P. M. at the Timson Allen & Melroy Funeral Home in Caledonia with Pastor Dan Johnson officiating. Interment will follow in Sixteen Cemetery. Friends may call at the funeral home on Tuesday from 2:00 until time of service. Charitable contributions on behalf of Jason may be made payable to the Timson Allen & Melroy Funeral Home.

To order memorial trees or send flowers to the family in memory of Jason Whipple, please visit our flower store.