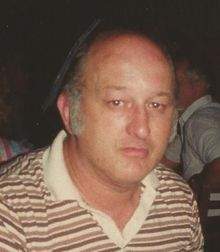 Jerry D. VanArsdall, age 73 of Caledonia went peacefully to heaven on Wednesday, November 7th after a long battle with kidney cancer. He was born on January 30, 1939 to the late William VanArsdall and Ella Keiser in Lafayette, Indiana. Jerry was a graduate of Marion Harding High School and a U.S. Army Veteran. He was a dedicated husband and father. His family was his life as well as his extended family at General Mills where he worked for 45 years. Jerry loved his wife very much and there is nothing that he wouldn't do for her. His girls (to him) were loved by him so very much and he felt that they each had their own special qualities about themselves and no matter what he loved them all the same. Even though Jerry worked a full-time job (7days a week), he took on side jobs throughout his life. He also had his own business called ABC Sewer Service. He did odd jobs such as electrical, plumbing, etc. Jerry was a jack of all trades and was a very smart man and was very passionate about the work that he did. Jerry was a self-taught man and there was nothing that he couldn't do. While working at General Mills (formerly Shiloh, ConAgra, and Pillsbury) he implemented several pieces of equipment that were very successful for the company. Jerry never complained about anything and was very loved by many people. In our opinion, there will never be a man as great as he was. He was a very giving man and never had an enemy. We could go on and on about the man he was, but one thing we do know is that heaven is receiving an amazing man. On October 14, 1961 he married Charlotte Hunt, who survives. Jerry has four daughters Teri (Roger) DeLong of Caledonia, Tina VanArsdall (Mike Troiano) of Marion, Patty (Steve) Criswell of Galion and Sandy Mash of Caledonia. He has seven grandchildren Keystan and Lance Delong, Kory Knapp, Kaelah and Briannah Criswell, and Kacee and Brooke Mash. Jerry went to join his granddaughter Brittni VanArsdall in Heaven. Jerry is also survived by two sisters Pam Hale and Kathy Detwiler of Marion and one brother Jim VanArsdall of Worthington. Brother in law's Gene (Sarah) Hunt of Bucyrus, Bill Hunt of Caledonia, Larry (Sharon) Hunt, Charles Schorr both of Marion, Charles Rogers of Mt. Gilead, and Charlie Lambert of Upper Sandusky. Many nieces and nephews. Jerry was preceded in death by his sister Sandra Smith and his stepmother Dorothy VanArsdall. Funeral services for Jerry will be conducted at 11:00 AM Saturday November 10th at the Caledonia Church of Christ Minister Kenneth Boswell officiating. Friends may call at the Timson Allen & Melroy Funeral Home Friday from 5 - 8. Memorial Contributions may be made to Fresenius Kidney Medical Center, 1730 Marion Waldo Rd, Marion, Ohio 43302.

To order memorial trees or send flowers to the family in memory of Jerry VanArsdall, please visit our flower store.