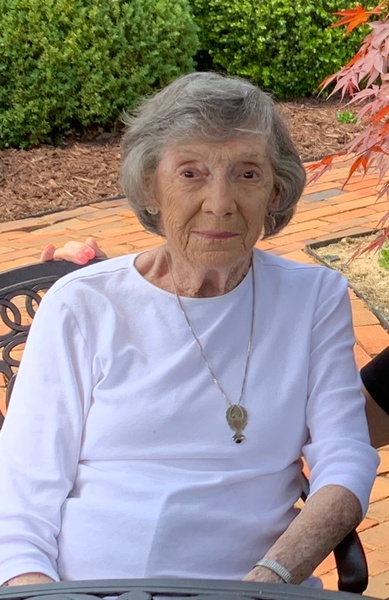 Her name was JoAnn and she grew up on a farm.  JoAnn Clark and her twin brother were born on June 8, 1929, near the family's homesteaded Twin Oaks Farm in Caledonia, Ohio. As a youth, JoAnn loved gardening and the outdoors, was a competitive athlete and accomplished musician, and was a member of the national honor society and senior class president of her rural high school class (1947). Her passion for gardening, outdoor activities, sports, and leadership remained strong throughout her life. JoAnn Oris of Galion, Ohio, passed from this earth on January 16, 2022. JoAnn graduated from Mount Carmel College of Nursing (1950) and worked as an operating room nurse at Mount Carmel Hospital in Columbus, Ohio. There she met a sailor who served in the medical corps during WWII. They fell in love while he was a medical student and she married William R. Oris, MD in December, 1952. They grew close together, bought a house and had six boys. Her life was dedicated to serving others. In addition to her work as an RN, she was caretaker to her father, her mother, and her husband in their later years. She raised six boys, nurturing each one as an individual and allowing each one to follow their own pathway. She was a Cub Scout Leader and was a longtime volunteer for the Galion Community Hospital Auxiliary and American Red Cross. One of her proudest and most cherished achievements was serving as a Red Cross blood bank nurse, first aid instructor, disaster aid services coordinator and volunteer administrator for over 50 years. This included service as Vice President and President of the Galion Chapter of the American Red Cross. She was a lifelong member of and contributor to the Caledonia Memorial United Methodist Church, established in 1830 in part by the Clark and Whiteamire families.She is survived by her six sons and their wives, William Oris and Jeanne Murphy of Rhinebeck, New York; John Oris of Strongsville, Ohio; James Oris and Lori Isaacson of Charlotte, North Carolina; Robert Oris of Marion, Ohio; Charles and Kelly Oris of Johnstown, Ohio; and Michael and Krista Oris of Galion, Ohio; four grandchildren, Nathan (Tiffany) Oris, Anna Oris, Ashlee Oris, and Zachary Oris; two great grandchildren, Caroline Oris and Sophia Oris; and her twin brother, Robert Kare Clark. Friends may call from 2-4 and 6-8 Friday, January 21, 2022 at the Timson & Melroy Funeral Home. Funeral service for JoAnn will be held on January 22, 2022 in the Caledonia Memorial United Methodist Church at 10:00AM with Pastor Terry Burkhardt presiding. Private Family Graveside Service. Memorial contributions may be made to the Caledonia Memorial United Methodist Church, 245 S. Main Street Caledonia, Ohio 43314 or the Crawford County Chapter of the American Red Cross, 102 N. Thomas Street Crestline, Ohio 44827.

To order memorial trees or send flowers to the family in memory of JoAnn Oris, RN, please visit our flower store.