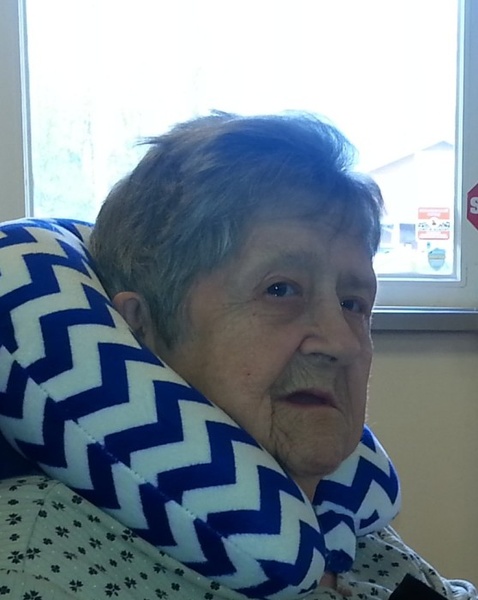 Joanne Brewster, age 78 of Galion, passed away Friday morning October 07th, 2016 in Galion Pointe Nursing Facility in Galion. She was born in Galion on October 11th, 1937 as the daughter of the late John Henry Riddlebaugh Sr. and Ruth Evelyn Sheidler. She was first married to Gerald D. Sharrock in 1960. He passed away July 14, 2006. She then married Willard Brewster in 2012 and he survives her at home. Joanne enjoyed collecting porcelain dolls and angels, crocheting, cooking and watching television. She loved eating at her favorite restaurant, The Roadhouse and spending time with her family. Joanne enjoyed cooking and worked at many fine establishments including the Huddle, Jerry's Colonial Restaurant and the old Ritchie's Hotel. Joanne is survived by her children; Jeffrey Sharrock of Galion, Jerry Sharrock of Marion, Brenda Cress (Tim) of Galion and Karen Chambers of Mansfield, Ohio. She will be greatly missed by her 11 grandchildren and 3 great grandchildren. Funeral Services for Joanne Brewster will be held on Wednesday, October 12th at 12:00 at the Timson Allen & Melroy Funeral Home with Pastor Diane Seaman officiating. Interment will follow in Fairview Cemetery in Galion. Friends may call at the Timson Allen & Melroy Funeral Home on Wednesday from 10:00AM until 12:00PM. Memorial Contributions may be made to the American Stroke Association.

To order memorial trees or send flowers to the family in memory of Joanne Brewster, please visit our flower store.