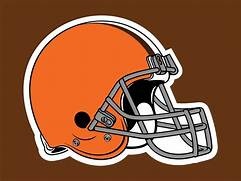 John Clinton Herrod Jr. 79, of Mt. Gilead, passed away at Mansfield General Hospital Thursday, November 12th, 2020. John was born July 1, 1941 in Marion, Ohio, as the son of the late John Sr. and Lois (Thompson) Herrod. He married Sharon McClenathan March 3, 1961 and she survives him at home. Most of John's working career was spent with the Erie-Lackawanna railroad where he was an electrician and he was employed with the Cinnabon Bakery. Most of all John was a "Jack of all trades and a master of none". In his younger days before the boys were born, John was a Boy Scout Leader in Caledonia for many years. Once the boys were old enough to get into sports, John followed them around the state watching them compete in baseball and football. John also enjoyed fishing and was a huge fan of his Cleveland teams. He is survived by his son, Jerry Herrod. John is preceded in death by his son, Jeffrey Herrod. Graveside Services for John will be held on Monday, November 16th at Claridon Cemetery at 1:30 P.M. In lieu of flowers memorial contributions may be made to the Morrow County Food Pantry, 619 W. Marion Street, Mt. Gilead Ohio 43338. On line condolences may be expressed at www.timsonmelroy.com. Funeral arrangements are being handled by The Timson & Melroy Funeral Home.

To order memorial trees or send flowers to the family in memory of John Herrod Jr., please visit our flower store.