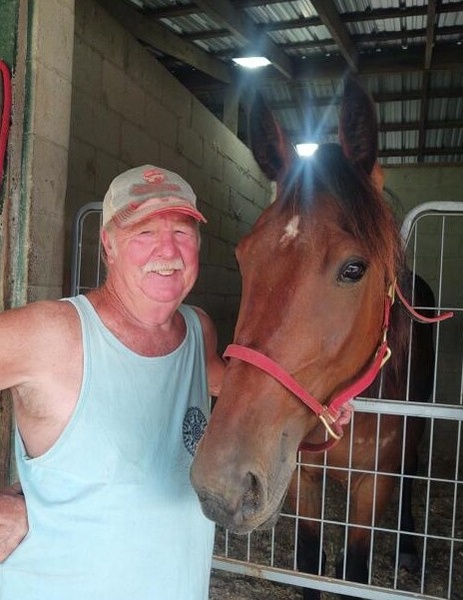 John K. Hinkle, age 74 of Mt. Gilead, Ohio Marion passed away August 28th, 2021 at Galion Community Hospital. John was born in Columbus, March 14, 1947 as the son of the late Paul Given Hinkle and Sarah Anna (Curry) Hinkle. He is survived and dearly missed by his girlfriend, Debbie DeWolfe. John was a member of several local AMVETS and American Legions. He was a Standard Bred "Trotters" trainer and owner. John loved riding his Harley, playing golf and entertaining his friends and family. He was a proud father and followed all of his grandchildrens' sporting events. John will be missed by his children, Johnny Hinkle, Ronald (Tonya) Hinkle, Thomas (Jennifer) Hinkle, Leslee Hinkle, Allen Hinkle, Jason (Kimmie) Hinkle, Anna (Michael) Becker, and Jeremy (Rebecca) Bird, 16 grandchildren,14 great grandchildren and brother Paul Hinkle. John is preceded in death by his sister Mary Crawford. In keeping with John's wishes, there will be no services observed. There will be a celebration of life at John's home, September 11th, 2021 from 3pm to 7pm. Please wear your favorite Hawaiian shirt. In lieu of flowers, family is encouraging donations to be made to the American Legion of Cardington, 307 Park St. Cardington, Ohio 43315 or AMVETS post 87, 7825 St Rt. 61, Galion, Ohio 44833.

To order memorial trees or send flowers to the family in memory of John Hinkle, please visit our flower store.