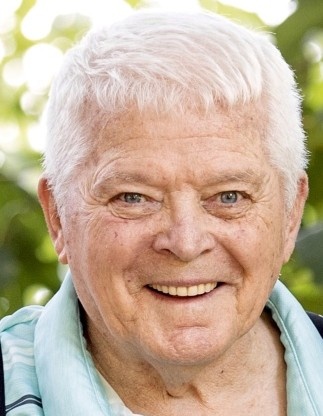 After a long, full life, John Landis was called home to heaven November 30, 2021. He had just celebrated his 84th birthday. John was the oldest of 3 kids and grew up on the family farm of his parents Ray and Ruth Landis in Caledonia. He graduated from Martel School. John was an Army Veteran and after his return home from Germany he married June Cratty after meeting her at the skating rink. They shared over 58 years together before her passing in 2019 and they had four children together. Jene (Ted) Theopolos- Dayton, Elaine "Shell" (Stacey) Evans and Tara (Mark) Guider- all from Marion. He had the heart ache of losing his only son Brian in 2016. He is also survived by his grandchildren Ashlee (Jordan) Gruber, Kathrynn (Pete) Theopolos, T.J. and Brenden Theopolos, Maddie (Christian) Koch and Kamryn Guider along with step grandkids Amber Wolfe, Angie (Dion) Myers and Jimi (Jenn) Evans and 13 great grandchildren. John's sister Jane Stoll- New York survives. He is proceeded in death by his brother Jim. John "JJ" was a retired railroad engineer from Conrail but was always a farmer -even continuing to help Mark farm up until his stroke. He was also a Tully Township Trustee for over 10 years. John was easily spotted for his beautiful white hair, bright blue eyes, ornery smile and "uniform" of bib overalls and T-shirt. He had a heart for service and was involved in numerous organizations- Mobile meals, 4-H advisor, 50+ year Mason and various church committees. Anywhere he could help out or volunteer, he would. So many people knew John from him being involved in so many activities but if you really wanted to see him in his element, you knew him from the countless sales and auctions he attended. John could never pass up a deal, auction or yard sale much to the dismay of his family. He also enjoyed playing cards and working in the dirt planting anything - especially flowers. The family would love to celebrate John's life and hear your stories you have to share. Visitation will be Saturday December 4, 2021 11-1:00 at Caledonia Memorial United Methodist Church, 9 S. Main St., Caledonia Ohio 43314 with memorial service to follow. In lieu of flowers, please send memorial contributions to the church.

To order memorial trees or send flowers to the family in memory of John Landis, please visit our flower store.