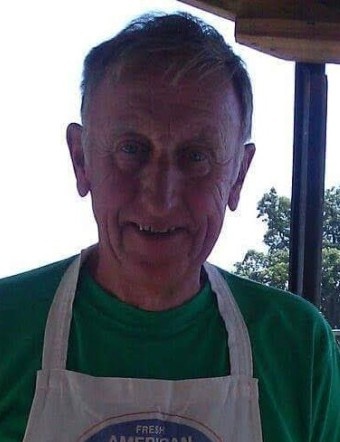 John Robert "Bob" Swisher, age 80 of Caledonia, died Thursday, May 21, 2020 at OSU Hospital. Bob was born April 6, 1940 in Bucyrus, Ohio as the son of the late John B. and Thelma (Staton) Swisher. Bob retired from GE after 36 years of service where he was a machinist. Bob was also a life long farmer, his specialty was raising Dorset sheep and growing crops. He had great pride in the family farm. Bob married the love of his life Patricia (Shutt) September 3, 1961 in Bucyrus and she survives him at home. Bob was a lifetime member of the Memorial United Methodist Church in Caledonia and also attended the Everglades Community Church in Florida. He was a member of the Farm Bureau, former president and current member of The Ohio Dorset Association as well as the Ohio Sheep Association. Bob was also on the Board of Directors of the Outdoor Resorts of America. He is survived by his son, Michael (Rosalynde) Swisher, daughters, Sharon (Dwight) VanGundy and Barb (Roger) Harrison, grandchildren, Adam, Matthew, Jereme, Lindsey, Dustin, Cassie, Tyler, Trent, Kenton and Keatton and fifteen great grandchildren. Funeral Services for Bob will be held on Tuesday, May 26th at the Memorial United Methodist Church in Caledonia at 3:00 with Pastor Terry Burkhardt officiating. Calling hours will be observed from 1:00 to 3:00 PM on Tuesday at the church. In lieu of flowers, memorial contributions may be made to the Memorial United Methodist Church.

To order memorial trees or send flowers to the family in memory of John "Bob" Swisher, please visit our flower store.