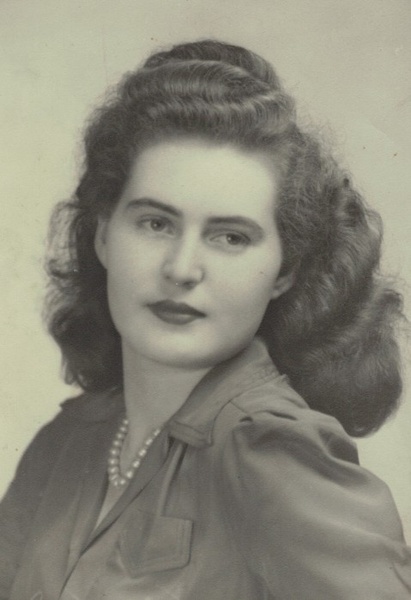 June Trimble, age 89 of Marion, Ohio passed away Thursday morning October 13th, 2016 at the home of her daughter in Marion. June was born June 11, 1927 in Paintsville, Kentucky as the daughter of the late George A. and Willa A. (Hyden) Wells. On August 31, 1946 she married James C. Trimble and he preceded her in death April 18, 2004. June retired from Eastlawn Manor and had also been employed at the Marion Star as an executive secretary for many years. She was also the owner/operator of Trimble's Nursery on Pole Lane from 1974-1990. June enjoyed playing Bingo, crocheting, and loved to camp. She also enjoyed flower arranging , loved to shop and spending time with her family. June will be sadly missed by her daughter, Linda (Larry) Pierce of Marion, her grandchildren, Steven (Lori) Freeman and Michael (Shelly) Freeman both of Marion, six grandchildren, seven great great grandchildren, sisters, Thelma (Neil) McCullough of Mt. Victory, Sue Hopson and Sharon (Harold) Music of Ada. Funeral Services for June will be held on Monday, October 17th at 12:00 P.M. at the Timson Allen & Melroy Funeral Home in Caledonia with Jimmy Butters officiating. Interment will follow in Caledonia Cemetery. Friends may call at the funeral home from 1:00 PM to 4:00 PM Sunday October 16th at the funeral home. Charitable contributions may be made on behalf of June Trimble to the Spina Bifida Association or to Goodwill Industries.

To order memorial trees or send flowers to the family in memory of June Trimble, please visit our flower store.