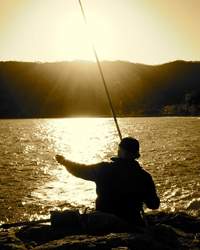 Larry L. Hunt age 70 of Marion, passed away unexpectedly Friday evening January 16, 2015 in Marion General Hospital. Larry was born December 31st, 1944 as the son of the late Eugene & Daisy (Harrell) Hunt. He was a former employee of Tecumseh Products in Marion. In his spare time Larry enjoyed being outdoors and especially enjoyed hunting and fishing with his family. On June 14th 1964 he married the former Sharen Medley in Caledonia and she survives him. Larry is also survived by his children, Regina & Walter Call of Marion, Jeffery & Neva Hunt, Bryan & Anita Hunt of Newport News, VA, Shelly Hunt, Angel & Craig Davis of Marion. 11 grandchildren and 14 great grandchildren. He also leaves behind his brothers Gene Hunt of Bucyrus, Bill Hunt and sister Charlotte VanArsdall of Caledonia. He was preceded in death by 2 brothers and 3 sisters. Funeral services for Larry will be held at 7:00 on Tuesday evening January 20th, at the Timson Allen & Melroy Funeral Home in Caledonia . Friends may call at the funeral home on Tuesday from 5:00 until time of service. Memorial contributions may be made to the Wounded Warrior Project at www.woundedwarriorproject.org .

To order memorial trees or send flowers to the family in memory of Larry Hunt, please visit our flower store.