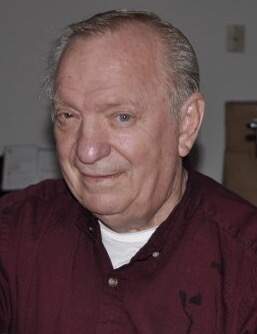 Larry Wayne Morrow, age 74 of Marion passed away Sunday March 05th, 2017 at Marion General Hospital. Larry was born June 12th, 1942 in Marion County as the son of the late Melvin and Edna (Smith) Morrow. Larry worked in the Marion County area as a Farmer and a Tractor/Trailer Driver. In his spare time Larry enjoyed fishing & Golfing. He was a Country Western fan with a special leaning towards George Jones. He enjoyed nothing more than sitting with his pals at the AMVETS and Eagles and passing the time. Larry is survived by his five children. Regina (Wes) Glass of Ashley, Braden (Sheri) Morrow of Waldo, Michael Morrow of Waldo, Jessica Morrow of Delaware & Kasi Morrow of Greer, SC. He also leaves behind his 10 grandchildren, Scott, Jacob, Wyatt, Zachary, Lauren, Alex, Alli, Josie, Ciera & Silas, his brother Denver Morrow of Indiana and his sister Jeanne Morrow of Marion. Larry was preceded in death by his brother Raymond and his sisters Reba & Donna. Friends may call at the Timson Allen & Melroy Funeral Home on Thursday March 09th, from 4:00 - 6:00. The Service will following the calling hours at 6:00 with Pastor Sarah Schaaf officiating. Interment of the urn will take place in Caledonia Cemetery at a later date. Charitable contributions may be made to Timson Allen & Melroy Funeral Home or the charity of the donor's choice.

To order memorial trees or send flowers to the family in memory of Larry Morrow, please visit our flower store.