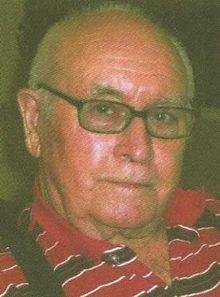 
Lewis H. Caskey, Sr. age 88, formerly of Canaan Township passed away Friday morning, June 15th, 2012 at the Sterling House in Marion. He was born in Claridon Twp on January 30th, 1924 as the son of William and Florence (Buyer) Caskey. On March 03rd, 1946 he married the former Mary Millisor. Mary preceded him in death May 16th, 2005. Lewis was a 1942 graduate of Claridon High School and worked as a Morrow County farmer the majority of his life. In the 1950's and 60's he had quite a reputation as a radio and Television repairman. He served as a Canaan Township Trustee for 28 year between 1972 and 1999 and was a charter member of the First Consolidated Fire Board. Lewis had a passion for local history and had file cabinets full of research materials that he had continued to compile even after entering the Sterling House. He was a proud member of the Marion, Morrow & Ohio Genealogical Societies and the First Families of Marion County. Lewis had been an active member of the Caledonia Memorial United Methodist Church and a former member of Odd Fellows #299 of Caledonia. He Leaves behind his family, Lewis & Marcia Caskey Jr. of St. Petersburg, FL and Susan &. Clifford Dice of Edison. His grandchildren are Teresa L. (Jim) Byrd of Mt. Gilead, Shelly R. (Shaun) Lutz of Lexington, Rodney P. Caskey of Marion and Tyler Spruill of Florida. Great grandchildren include Robbie & Dawson Byrd, Katie L. Caskey, Steven, Savannah & Shaynah Lutz. He also leaves behind his brother Everett Caskey of Caledonia and his special niece Linda Kraschinsky and his friend , fellow local historian Mark Melroy. Mr. Caskey was preceded in death by his grandson Jason Caskey. Funeral Services will be held at 11:00 Tuesday June 19th the Timson Allen & Melroy Funeral Home in Caledonia with Rev. Dr. O. French Ball and Father Daniel Millisor officiating. Internment will follow in Claridon Cemetery. Friends may call at the funeral home on Monday where the family will receive them from 2:00 - 4:00 and 6:00 until 9:00 in the evening. Memorial Contributions may be made to the Alzheimer's Association or the First Consolidated Emergency Squad.

To order memorial trees or send flowers to the family in memory of Lewis Caskey, please visit our flower store.