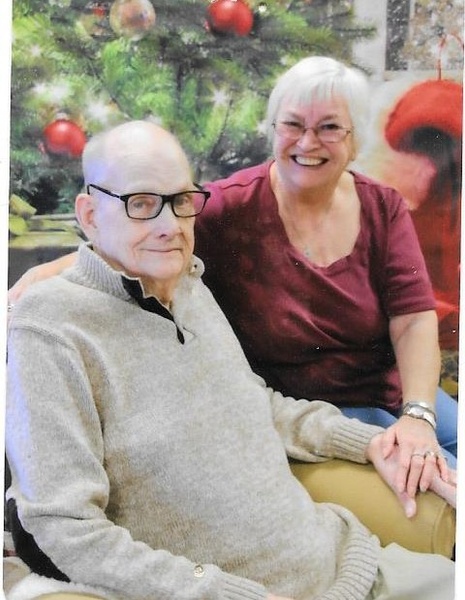 Lewis Springer Jr., age 82 of Caledonia passed away February 7, 2018 at Community Healthcare Services of Marion. He was was born November 29, 1935 in Wheelersburg, Ohio as the son of the late Lewis Springer Sr. and Nellie Hall. Lewis was a U.S. Army veteran and retired from Marion Power Shovel where he was a machinist for many years. Lewis loved to golf, fish and play cards, especially poker and Euchre. He also enjoyed his Blue Grass music and attending Blue Grass Festivals. Lewis especially enjoyed spending time with his family and his wife of 26 years Peggy (Roush) who survives him. He is also survived by his sons, John (Linda) Springer, Phillip and Hugh Springer and David Staup, daughters, Sherry (Wes) Justice, Lisa (Rob) Harmon and Bobbi Herriot, brother, Danny (Carol) Springer, sisters, Ella McKee and Janet Johnson as well as numerous grandchildren and great grandchildren. Lewis is preceded in death by his two sons, Michael Springer and Richard Roush and his furkid Chigger. Funeral services will be held on Friday, February 16th at 2:00 at the Timson Allen & Melroy funeral home with Kayla Detty officiating. Interment will follow in Caledonia Cemetery with military honors. Friends may call at the funeral home from 6-8 pm Thursday, February 15th.

To order memorial trees or send flowers to the family in memory of Lewis Springer Jr., please visit our flower store.