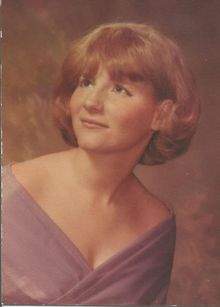 Linda J. Camello age 64 of Marion passed away unexpectedly Sunday evening Jan 12th, 2014 at home. Linda was born in Marion on October 28th 1949 as the daughter of Eugene and Arlene R. (McNeil) Longacre of Marion. Linda was a 1967 graduate of River Valley High School and was employed for many years at General Telephone as a keypunch operator and later as a supervisor. She was also previously employed at GATX of Columbus. Linda loved planting flowers and always looked forward to decorating her home for the different holiday seasons in the year. She enjoyed many afternoons fishing at the pond on her parent's farm . She was a cat person through and through. Besides her parents Linda is survived by her son Kevin James Camello of Marion and her daughter Julianne Camello of Sunbury. Her memory will be cherished by her only grandson Tyler J. Camello. She also leaves behind her brother Jerry Longacre of LaRue and her sisters, Christine (Mickey) Williams of Marion, Carolyn Penny of Marion and Barbara (Forrest) Frizzell of Marion. She will also be remembered by many nieces and nephews In keeping with Linda's wishes, her body is to be cremated and the ashes to be scattered at a later date. Friends may call at the Timson Allen & Melroy Funeral Home in Caledonia on Saturday January 18th where the family will greet them for a time of sharing memories from 1:00 - 3:00.

To order memorial trees or send flowers to the family in memory of Linda Camello, please visit our flower store.