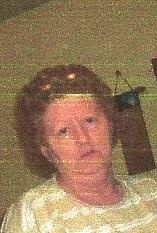 
Lisha Ann Wyatt, age 52 of Marion passed away Saturday morning January 18th at Heartland of Marion. Lisha was born September 28th, 1961 as the daughter of Charles Kerr and the late Pansy Hudson. Her father survives her in Delaware. Lisha was married to William Wyatt Jr. He preceded her in death in February of 2013. Lisha was a homemaker and enjoyed reading Stephen King Novels and mystries by Janet Evanovich. She was survived by her son William J. Wyatt III and her daughter Elisabeth Wyatt and her only granddaughter Isabella Zinsmaster who all perished in an auto accident on January 19th. She will also be remembered by her three sisters, Tammy Thompson, Shelia Kerr and Willie Velasquez. Lisha's cremated remains will be interred with those of Elizabeth and James with Isabella at a graveside service on Friday January 24th at 1:00 in Marion Cemetery. Timson Allen & Melroy of Caledonia has assisted the family in their needs.

To order memorial trees or send flowers to the family in memory of Lisha Wyatt, please visit our flower store.