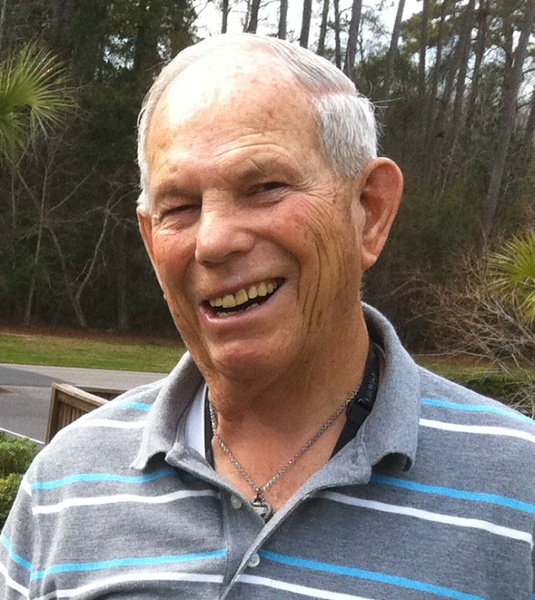 Lowell "Banty"or "Tiger" Eugene Price, age 89, passed away peacefully on February 7, 2018 at The Somer's Hospice House in Sebring, Florida. He was born on the farm on August 9, 1928, in Martel, Ohio as the son of the late Clarence and Rhoda (Rice) Price. He married Peggy Jean Rhinebolt in 1946 (who coincidentally shared the same birthday) and they enjoyed 26 years of marriage until her unfortunate passing on July 14, 1974, due of an auto accident. Banty truly had the entrepreneurial spirit. He started a business with Kenneth Graf installing rotary TV antennas when televisions first became popular in the home, and later started Tiger Cleaners, which he and Jean owned and operated for 20 years before he retired. Tiger Cleaners was very community-oriented and it laundered all of the Galion High School uniforms for free. He also purchased the second ever manufactured Stanley Steamer carpet cleaning machine. He was an active water skier, fisherman and golfer. He often took the children from Crawford County Children's Home over to Pleasant Hill Dam and taught them how to water ski. He went to Florida over the winter and returned to Ohio in the summer. He attended Grace Point Church. Lowell is survived by his sons Jim (Monica) Price of London, Ohio and Todd Price of Murrells Inlet, South Carolina. Grandchildren Holly (James) Hunt, Chad (Aja) Price in Grandview Heights, Ohio, Raven Price of Murrells Inlet, South Carolina and great granddaughters Natalie Hunt and Cami Akers of Grandview Heights, Ohio, in addition to his sister Lillian (Price) Long in Mt Gilead, Ohio. Lowell was preceded in death by his brothers Bernard, Carl, Clarence, Paul, Ralph and Richard. Graveside services will be held at Fairview Cemetery in Galion, Ohio Monday February 12th at 1:00 with Paul Walter officiating. In keeping with his wishes there will be no memorial contributions or flowers.

To order memorial trees or send flowers to the family in memory of Lowell Price, please visit our flower store.