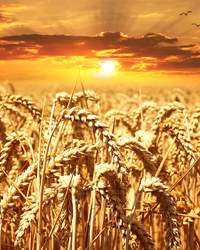 Marcus W. Baker, age 81, formerly of the Iberia area, passed away Saturday morning February 18th, 2017 in Morrow County Hospital. Marcus was born February 01, 1936 in Morrow County as the son of Bernard G & Cassie (Leathem) Baker. In May of 1965 he married Nora George Baker. She preceded him in death on February 18th 1992. Marcus was a farmer for most of his life. He will be missed by his son Michael Baker of Galion and his companion Anita Houk. He also leaves behind his granddaughter Alley Baker and his cousin Wil Leathem of Galion. Following cremation a graveside committal will be held in Iberia Cemetery on Friday morning February 24th at 11:00. There will be no public calling hours. Charitable contributions may be made in memory of Marcus to the American Cancer Society or the Alzheimer's Association.

To order memorial trees or send flowers to the family in memory of Marcus Baker, please visit our flower store.