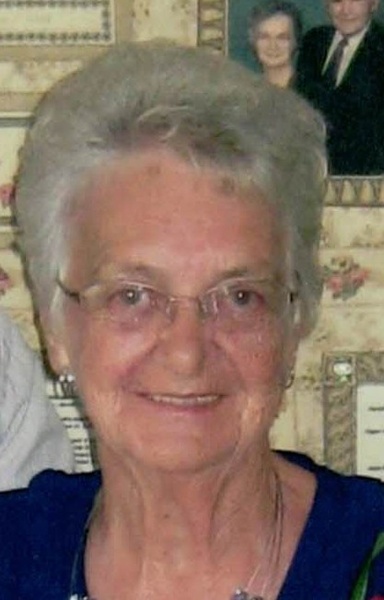 Marian Grace Rowe, age 87 of Kirkpatrick passed away Friday December 25th, 2015 in Parkview Regional Hospital, Fort Wayne Indiana. Marian was born on September 2, 1928 as the daughter of the late Alton & Nola Fay (Davis) Baer. She was a graduate of Marion Harding High School and had worked as a cook at various places in the community before retiring from MARCA. In March of 1946 she married Tommy Rowe and they spent many happy years together until his death in 2013. Marian had given to many children as a Foster Parent for Marion County Children's Services and she was a Sunday School teacher for many years. She was a member of the Caledonia Church of Christ. Tommy and Marian were a couple who would help anyone in a time of need. To that end, they opened the Kirkpatrick Food Pantry in 1988 and it is still in operation. Marian has become so well know for her willingness to help others that she was recently nominated for the Jefferson Award which recognizes outstanding volunteers in Central Ohio. She will be missed by many, but especially by her family. Marian is survived by her children , Steven & Vickie Rowe of Morral, Richard & Karla Rowe of Ashland, Sharon Powell of Marion, Diane & Curtis Henry of Van Buren, IN. There are twelve grandchildren, twenty-four great grandchildren, three great great grandchildren. She was preceded in death by seven brothers and one sister. Memorial Services for Marian Rowe will be held on Saturday January 9th, 2016 in the Mt. Vernon Ave. Church of Christ, Marion at 1:00 with Jimmy Butters officiating. Friends may call at the church on Friday January 8th where the family will receive them for 6:00 until 9:00. Memorial Contributions may be made to the Kirkpatrick Food Pantry.

To order memorial trees or send flowers to the family in memory of Marian Rowe, please visit our flower store.