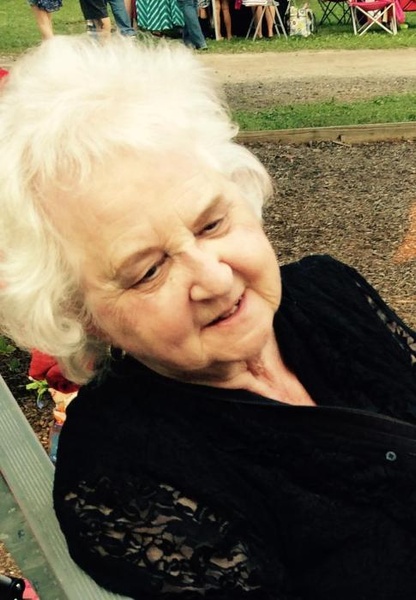 Marilyn M. Smith age 79 of Caledonia passed away Saturday June 4th, 2016 at Riverside Methodist Hospital. Marilyn was born August 29th, 1936 in Union Co. as the daughter of the late Glen & Florence (Teets) Carr. On September 19th, 1959 she married Myron D. Smith. He preceded her in death in March of 1975. Marilyn was a graduate of Prospect High School. Marilyn was always a hard worker from a young age, Her first job was at Emery's Grocery in Prospect. Over the years she had worked for Big Bear in Marion and Trucka Chevrolet in Bucyrus, but for the best part of 30 years she was employed at the Smith Clinic/ Med Center and Ohio Health. Marilyn was a member of Caledonia Memorial United Methodist Church. For hobbies she like to make bead jewelry and cook. She was a "mom" to all the kids in her neighborhood and would do anything for anyone. Marilyn leaves behind her five children, Kenneth Smith of Caledonia, Doug & Tanya Smith of Marysville, Todd & Cassey Smith of Caledonia, Christine & Manny Flores of Prospect & Regina Smith of Richwood. There are also five grandchildren, Samantha & Alley Smith, Kyle Simpson, Alisha & Brock Morgan. One great grandchild Audria Floyd. Her brother, Ronald (Janet) Carr of Marion. Her three surviving sister-in-law are Mary Carr of Richwood, Ann Carr of Marion, Anita Carr of Marion and Ginny Carr of Arizona. Marilyn was preceded by four brothers and one sister. Funeral Services for Marilyn will be held on Thursday June 9th at 11:00 at the Timson Allen & Melroy Funeral Home in Caledonia with the Rev. Daniel Johnson officiating. Interment will follow in Caledonia Cemetery. Friends may call at the Funeral Home on Wednesday, from 5:00 until 8:00. Memorial Contributions be made to The American Heart Fund or the Lung Assoc

To order memorial trees or send flowers to the family in memory of Marilyn Smith, please visit our flower store.