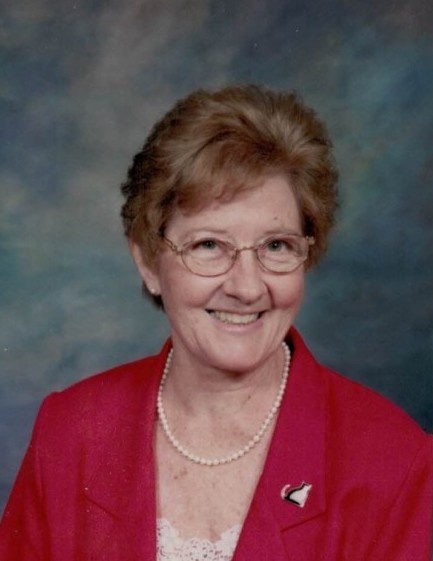 Martha Marlene Lyon, age 84, passed away Thursday afternoon, March 7th, 2019, after a long battle with Alzheimer's Disease. Martha graduated from Caledonia High School in 1952, from Mt. Carmel Hospital School of Nursing in 1955 and from The Ohio State University School of Nursing in 1973. She was a resident of Worthington, Ohio for many years and attended the United Methodist Church in Worthington. Martha was a retired nurse who worked at Riverside Methodist Hospital for 35 years. She was always a very private person but shared a life long friendship with her nursing school classmate Norma Jean (Zimmerman) Laughrey. Martha was preceded in death by her parents Jay and Hazel (Murphy) Lyon, her sister-in-law Bonnie (Handschug) Lyon, her dear sister Velma Lyon and her niece Sherry Lyon-Edler. She is survived by her daughter Christie Offenberg Lopez (Paul Koleti) of Clearwater, FL and grandchildren Christian (Natalie) Lopez and Diana (Alex) Ellis. She is also survived by her brothers, both of Caledonia, Ohio, Ron Lyon and Tom (Dixie) Lyon; nices, Pam (Eric) Holman, Noelle (Bob) Cline, nephews, Mike (Vickie) Lyon, Tim Edler and Jeff (Heather) Lyon as well as many great nieces, nephews and cousins. A Memorial Service for Martha will be held at the Church of Christ in Caledonia at 2:00P.M. March 23rd, 2019 with David Braxton officiating. A time of Fellowship will be observed immediately following the service until 5:00P.M. Online condolences may be expressed to the family at www.timsonmelroy.com

To order memorial trees or send flowers to the family in memory of Martha Lyon, please visit our flower store.