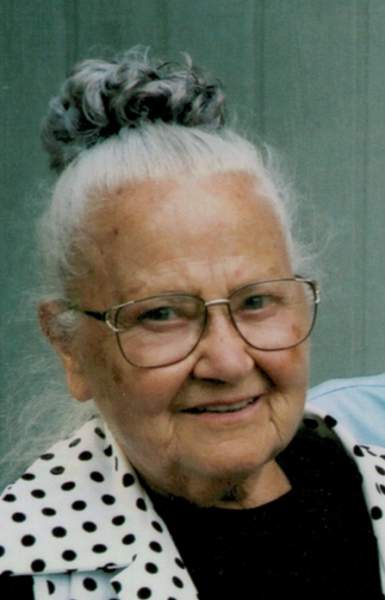 Martha V. Neville, age 95 of Caledonia passed away July 12th 2015 at Fairhaven Community in Upper Sandusky. She was born March 01st, 1920 as the daughter of the late Herman E. and Hazel (Conley) Neville. Martha graduated from Meeker High School, Class of 1938. She was employed by the Jonas Corp of New York as General Manager of all new stores in the United States. She is survived by her sister Ruthella N. (Lloyd) Gnagey, her brother Carl E. (Florence) Neville and special niece and husband Catherine and Howard Bard. Three nieces and three nephews also survive. She was preceded in death by her sister Leona V. Andresz. Graveside services will be held at 11:00 Friday July 17th, in Grand Prairie Cemetery, Morral Friends may call at the Timson Allen & Melroy Funeral Home in Caledonia on Thursday from 5:00 until 8:00. In lieu of flowers Memorial Contributions may be made to the Hospice of Wyandot County or Fairhaven Community

To order memorial trees or send flowers to the family in memory of Martha Neville, please visit our flower store.