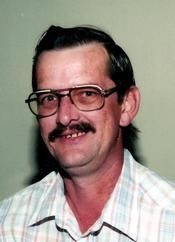 Marvin Lee Martin, age 65 of Sycamore, passed away Monday morning June 6th, 2011 in Marion General Hospital. Marvin was born July 18, 1945 , in Marion, the son of the late Herbert Martin and Jennie (Showers) Martin who survives him in Marion. Marvin was a graduate of Mt. Gilead High School and a U. S. Navy veteran of the Vietnam Era. Marvin was employed at many different occupations but worked primarily at Central Soya and Tecumseh Products in Marion. He was a member of Victory Truth Ministries in Bucyrus. Marvin was very proud of his service to his country. He belonged to the AMVETS of Galion, Veterans of Foreign Wars and the American Legion. He loved to Bowl and attended Singles Dances in Findlay. He was also an avid Fan of OSU Football. Besides his mother Marvin is survived by his daughter Beth Ann Martin-Easterday of Bellevue, Ohio and his two grandchildren Arora & Darien Easterday. He was the oldest of ten children and leaves behind Larry & Kathy Martin of Overland Park, Kansas, Randy Martin of Columbus, Stephen & Kay Martin of Lantana, TX , Beverly & Terry Kreis of Caledonia, Marsha & Jeff Snare of Findlay, Carol & Terry Bray of Amelia, Rita & Leo Webber of Galion, Christine & Joe Martin of Marion and Charlotte & Jesse Sepeda of Marysville. He is also survived by numerous nieces & nephews. He also leaves behind his special friend Ollie Bartley of Mt. Gilead. Funeral services for Marvin will be held on Friday morning June 10th at 11:00 A.M. in the Timson Allen & Melroy Funeral Home in Caledonia with Rev. J. C. Church officiating. Interment will follow in Caledonia Cemetery with military honors being provided by the Marion County Veteran's Council. Friends may call at the funeral home from 6 - 8 on Thursday evening. Memorial contributions may be made to the American Heart Association or the Central Ohio Diabetes Association.

To order memorial trees or send flowers to the family in memory of Marvin Martin, please visit our flower store.