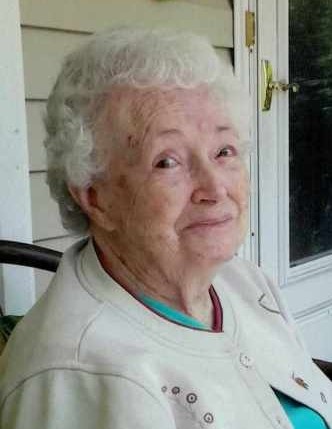 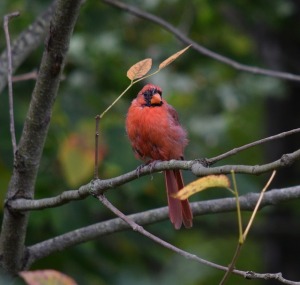 Mary Cornelia VanHorn Underwood, 92, of Caledonia, died peacefully on Saturday, April 8th, 2017 surrounded by her family. She was born January 6, 1925 in Bath, South Dakota, a daughter of the late Albert Maine VanHorn and Lela Neuhart VanHorn. On June 9, 1951, she married Melvin George Underwood, who preceded her in death on July 24, 1997. Her childhood was spent in Belmont County, after which her family moved to Chesterville. She was salutatorian of the Chester-Franklin High School class of 1943. In high school she was art director for the school newspaper and showed her horse "Donna Lucia D'Alvadorez". She was employed as a teacher aide at Caledonia Elementary School and was clerk of the Board of Public Affairs for Caledonia. Mary was a member of the Caledonia Church of Christ, where she was the nursery class teacher for many years and a member of the Dorcas Circle. She supervised the weekly preparation of the Lord's Supper for many years. Mary will be remembered for her gentle nature and many craft projects. She was always willing to be of help to others. She volunteered to collect for charities and was active in local mothers clubs when her children were young. When they were older, she and Melvin helped with their Cub Scout, Brownie, Girl Scout troops, and school projects. She took in and cared for several nieces and nephews when their mother was ill, and watched after elderly widows in her neighborhood, often sharing with them meals she had prepared for her family. She coordinated the decoration of the town square for Caledonia's incorporation centennial. In recent years she enjoyed plane travel. She visited her birthplace in South Dakota for the first time since her family left when she was three weeks old. Her mother often related that it was 32 degrees below zero when they took the train back to Ohio. She enjoyed flying to Florida at Christmas with her son, daughter and granddaughter, Miranda. A precious memory is of her taking a cruise on the African Queen, the boat used in the Katherine Hepburn film and of her steering the boat. A few weeks before her 90th birthday she waded in the Gulf of Mexico. She is survived by son Randall Underwood, with whom she made her home, daughter, Linda (Robert) Smith, two granddaughters, Melissa (Samuel) Heffley and Miranda Smith and great-grandson Jacob Heffley all of Caledonia. Also surviving is her brother, Bill VanHorn of Churubusco, Indiana and many nieces, nephews and cousins. In addition to her parents and husband, she was preceded in death by her sister, Bessie Shinaberry. Calling hours will be Wednesday, April 12th from 2-4 and 6-8 at the Timson Allen & Melroy Funeral Home in Caledonia. Funeral services will be held at the Caledonia Church of Christ on Thursday, April 13th at 11:00 A.M. with Pastor Rick VanHorn officiating. Burial will be in Caledonia Cemetery. Memorial contributions may be made to the Dorcas Circle of the Caledonia.

To order memorial trees or send flowers to the family in memory of Mary Underwood, please visit our flower store.