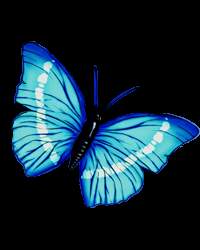 Ms. Mary Katherine Stone, known to her friends and family as Mary K, passed away at 6:30am Wednesday, January 7, 2015 at Signature Healthcare in Galion, Ohio. She was born on December 6, 1920 in Caledonia to Royal C. Stone and Margaret M. Stone (Glathart).
Mary K was the executive director of Heritage Trails Girl Scout Council before retiring in 1996. She worked for the Girl Scouts for over 34 years. In 1987 she received the Thanks Badge, the highest award in adult scouting, for going above and beyond during her career. She also taught at the junior high and high school level in Marion County for several years. In all aspects of her life, Mary K was always first to lend a helping hand.
Mary K was a loving and caring sister and aunt who will be missed dearly by her family. She is survived by two nieces and two nephews, John R. Stone (Sandra) of Marion and David Stone of Kingsport, TN, Mary Ellen Droke (Robert) of Kingsport, TN, and Margaret Ann Stone of Kingsport, TN, as well as two grandnephews, Matthew Holland (Allie) of Kingsport, TN, Robert Stone of Marion, and two grandnieces Darcy Paz (Mario) of Kingsport, TN, Barbara "Lindy" Stone (Dandrich Lim) of Ann Arbor, MI and special friend Maureen Welch of Caledonia. She was preceded in death by one brother John R. Stone. Graveside Services for Mary K will be held at 10:30 A.M. Saturday January 10th, in St. Mary's Cemetery in Marion. Friends may call at the Timson Allen & Melroy Funeral Home in Caledonia on Friday from 4:00 until 8:00. Memorial Contributions may be made to Home Health care Matters on Galion or St. Mary's Parish.

To order memorial trees or send flowers to the family in memory of Mary Stone, please visit our flower store.